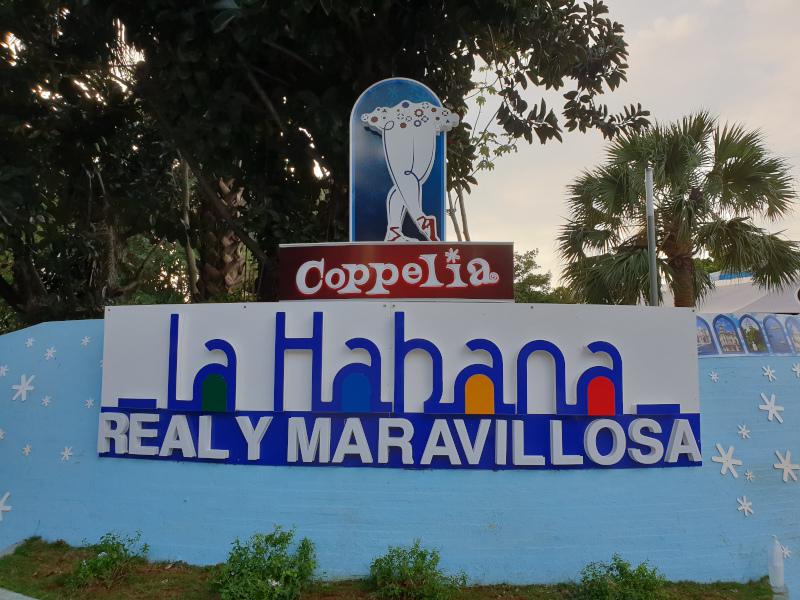 These preparations were divided into two areas: before the trip and during the trip. For a while I thought about buying a map (this paper thing that you hold in your hand), but outside of Cuba you can't find good maps for tourists which you can buy in advance. And the available maps looked rather outdated, and without enough details. As a result, I scratched this option from the list.

First of all, I had to know where I want to go. Which sightseeing, points of interests, where are they, how do I get there from the hotel. In doing so, I put together a list with rather too many items. On one hand I didn't want to be left without available options: On the other hand, plans change and I might have to visit something that wasn't on my wish-list before. I also wanted to find a few geocaches. And of course get ice cream.

I started to collect the interesting POI in a file, together with "Name", "Address" (if possible), "Geocoordinates" (Lat, Lon) and a classification whether this is more of a primary goal or serves as a substitute. The sheet was available offline on my mobile phone during the trip.

In Komoot I created various running routes which included different sights and geocaches. Again a couple more than really necessary. The routes and the maps were also offline on the mobile device. This is a paid option in Komoot, but once you've bought the maps, the whole world is yours to explore!

That leaves the general maps ... as the primary means of choice I use OsmAnd+ and downloaded the map material for (whole) Cuba. Since I have a subscription for the maps, that's already included. That way I had all the necessary maps available offline. As a fallback, I downloaded the maps for Havana in Google Maps: click on your own logo in the Maps app at the top right, then on "Offline Maps", select a new map and download it. This must not happen too long before the trip, otherwise Google Maps will discard the material.

I downloaded the geocaches in question in c:geo, but that doesn't help much because the app doesn't load its own maps for the caches. Therefore all cache coordinates were also available in a list, which I can then conveniently enter in OsmAnd+ and navigate there. And most of the caches were included in running routes anyway.

Finally, I created a GPX file that shows all the points of interest. That was easy since I already had all the coordinates. I can load the GPX file into OsmAnd+ and place it over the map material. This way I can see if there a point of interest (POI) nearby.

During my stay in Cuba, I did ran around every single day. Due to the tropical temperatures, I had brought a belt for a drinking bottle and had filtered or bottled water and some dextrose or muesli bars with me when I was out running.

Primarily I orientated myself on the previously selected running routes and took a lot of photos along the way. On the one hand as memory, on the other hand I also took photos with which I later updated the map material on OpenStreetMap. Komoot has the maps for the running routes available offline, which was usually sufficient.

Now and then it happened that the map material did not match the reality. In this case, OsmAnd+ helped each and every time: the GPX file placed over the maps showed me in which direction I should continue my journey.

Not all selected geocaches could be found, but that's normal and it wasn't a probem with the maps.

I had considered beforehand whether I would use local public transport for excursions. However, there is no reliable information on the Internet, especially with regards to timetables and stops.

The other option is a private taxi, many of which are available in Cuba. But my Spanish is not good enough for that to reliably get to where not only tourists want to go. And I had plenty of options in running distance anyway. For my next visit this might change.