The usual note: PGDay.org in Prato is a smashing success ;-)

Registration took a bit longer than expected because of a lot visitors so the keynote started with several minutes delay. It was worth waiting, the speakers had a good audience: 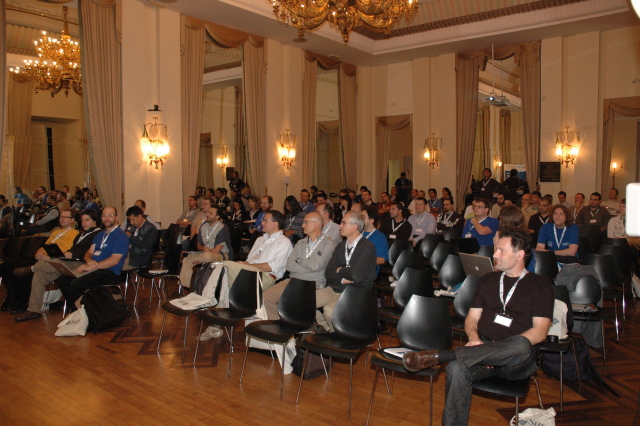 Dave Page and Magnus Hagander was introduced by Gabriele Bartolini and spoke about the PostgreSQL history, back from the beginning with Ingres up to the expected features for the next release. They also included the problems about patch queue and the commitfest solution and several details like mailinglist statistics. 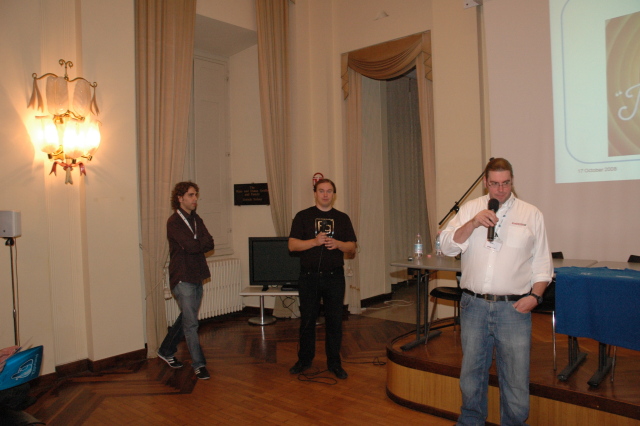 For the next talks the english-speaking audience had to move into another room so i can only tell about the english talks. The first one was given by Michael Meskes and was about "ECPG - embedded SQL". Now everyone knows what this tool is for and we found out that nobody dared to ask in the past *g* 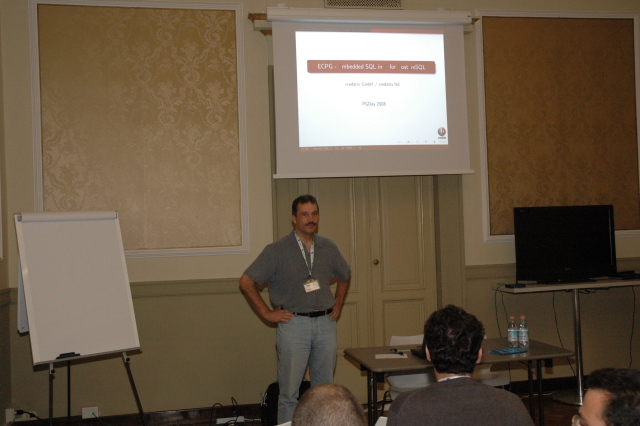 The second talk was given by Dimitri Fontaine and he spoke about "pgloader". If you have to handle a massive amount of data, this is the right tool for you. 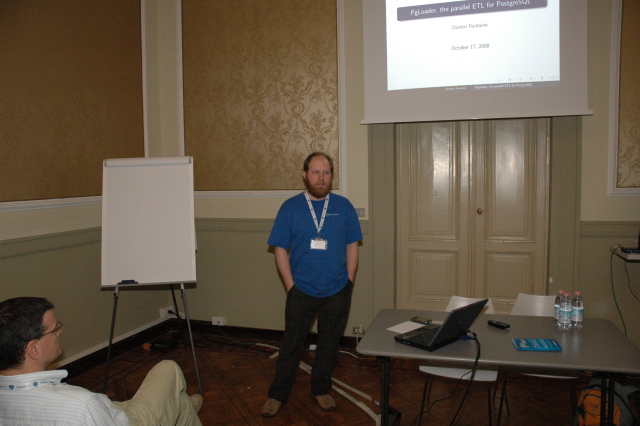 The talk about the "Malaria Atlas Project" was canceled and Oleg Bartunov extended his lightning talk to a full talk about full text search, the possibilities, available options and how to prepare the queries. 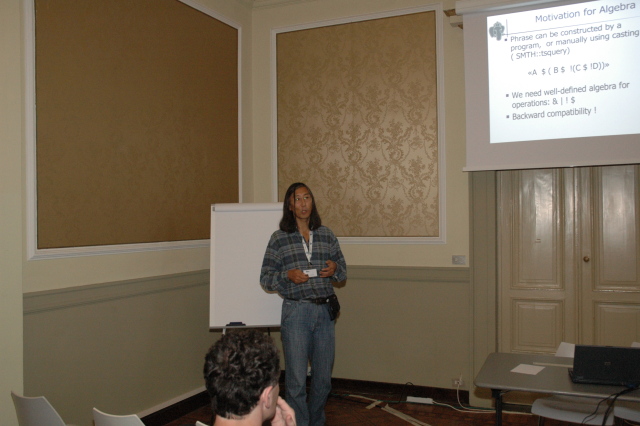 Before we headed to get lunch it was time for the group picture. We actually had to try this twice because at the first attempt we forgot a group which joined us for the second attempt. 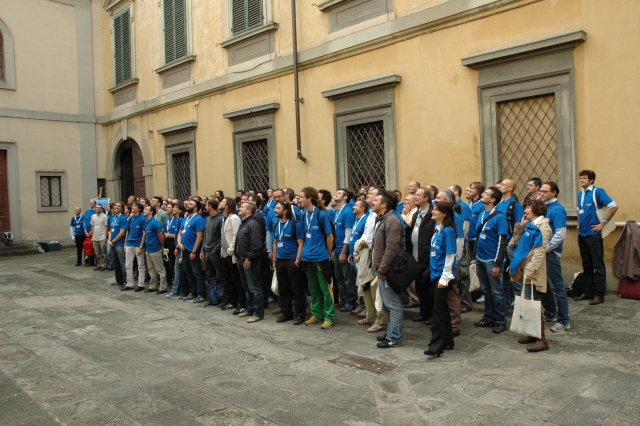 After lunch we had lightning talks, i remember Gregory speaking about the data size for a row and a video with a presentation about a micro-payment system. Apologies to all other speakers which are not named here.

The last talk was given by David Fetter and was about "OLAP made easy - Windowing Functions in SQL". I have to read the slices later, the topic is very interesting but i think i have to try it out for myself and play a bit around. This feature is still in development and hopefully will find his way into CVS HEAD in the november commitfest. 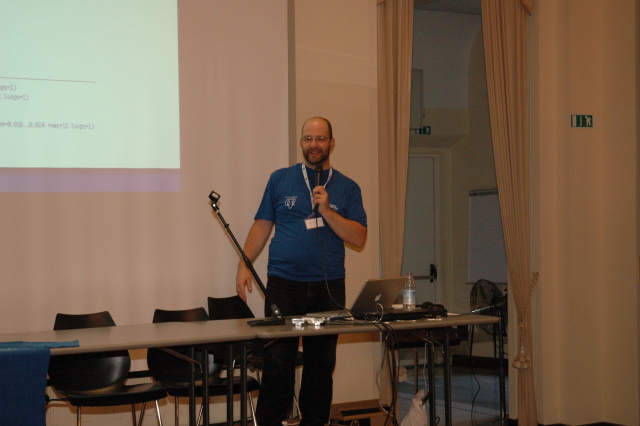 After the last talk we had the keysigning party and then went back to the hotel for refreshing.

EnterpriseDB sponsored a party in the evening at the terrace of Monash University. We all know about the usual party reason: David Fetter seems to have birthday at every PostgreSQL conference - but this time for real ;-) It's his 40th birthdate: Congratulations!

Lightning talks where quite interesting : - Dimitri Fontaine explained how to use PGQ (skytools) as a "foundation" of deamon writting dealing on producer/consummer model - Susan gave us some interesting informtion about MySQL to PostgreSQL migration (why, how) - Magnus Hagander proposed a tuning overview of performance tuning of PostgreSQL (and system) on SAN/HBA capable architecture, focussing on parallel restaure in multicore environement - A small presentation of PostgreSQL use cas in micropayment in Kenya or Zimbabwe - Stephane Giron from continuent presented a HA solution based on Java enabed project called Sequoia - Gergory Stark focused on tuples physical structure and padding issues (thus advocacing about correct columns organisation to lower database footprint on disk) - Peter Eisentraut demonstrated how converage tests where possible using GCov on the PosgreSQL sources tree
Comments ()
Minor correction: Stefan Kaltenbrunner gave the talk on PostgreSQL in a SAN architecture (specifically, testing he'd performed on NetApp Metro Cluster) Also, the Small Farmer Micropayment system presentation was a pre-recorded presentation from Alex Weir, who unfortunately couldn't be with us.
Comments ()