Friday in the evening we had a party which was sponsored by EnterpriseDB. Thank's a lot!

Today in the closing note Gabriele told us that we drank only half of the free beer and we had to continue the party after PGDay was officially closed.

I cannot believe that we even left a bottle of the beer - given the fact that at least two people was running around with very big glasses:

Stefan Kaltenbrunner could not decide between a small glass vine and a biiig pitcher with beer: 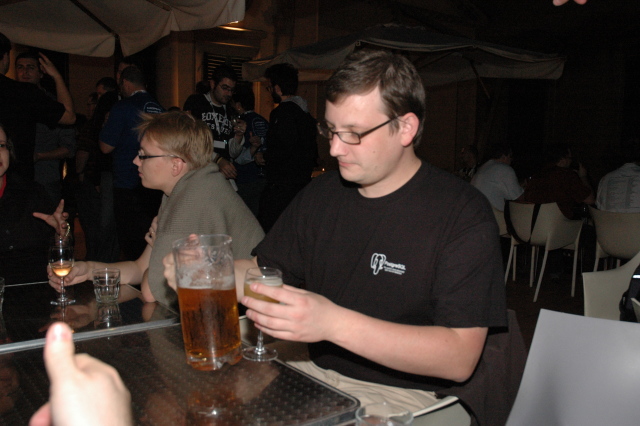 Dave Page even got two cans with beer: 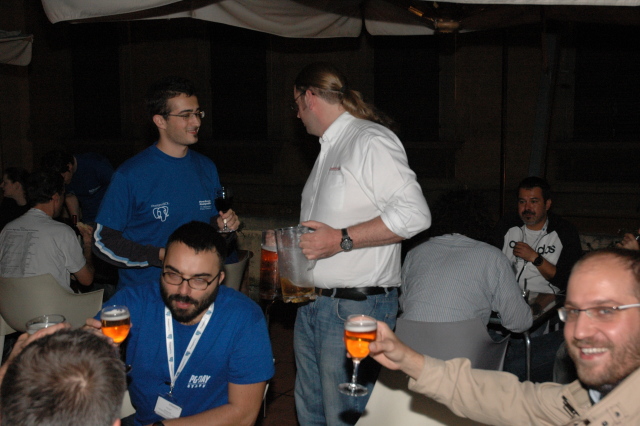 So how the hell did we only drank half of the beer? ;-)