Continuing our two-day event "PGDay" we have seen more interesting talks and devroom sessions on the second day.

The day started with David Fetters running into the room on time and talking about "Trees and More in SQL". The next time you have to solve a "Traveling salesman problem" you can do this in your favourite database. 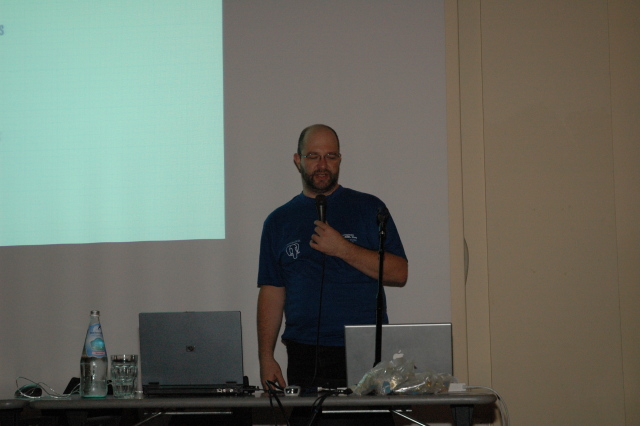 The coffee break has seen many people coding on new features: 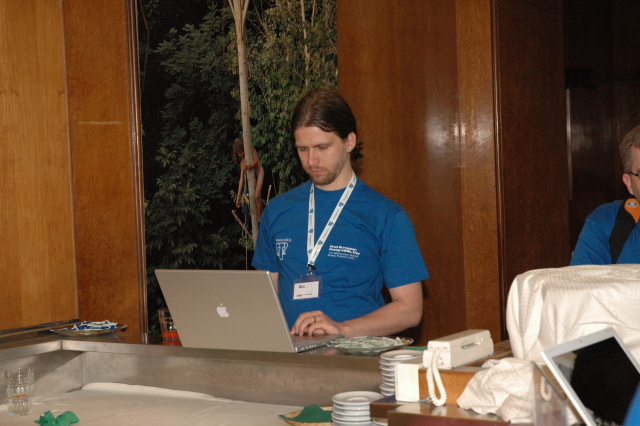 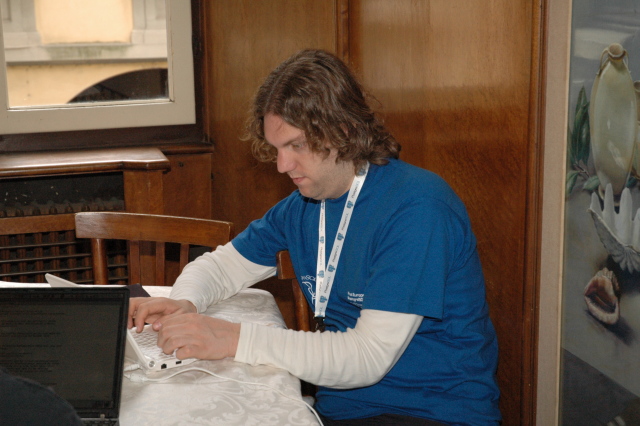 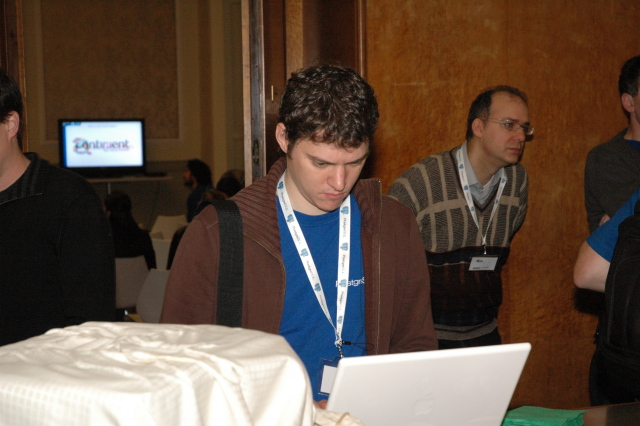 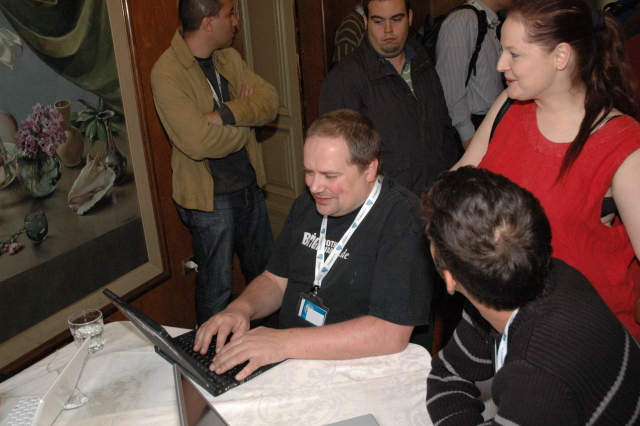 There is rumour that some of the people on this previous pictures did not hack new and shiny PostgreSQL features but instead was preparing their slides for talks later this day, It's unbelievable!

The next two sessions was a bit problematic: we had two english talks in parallel so one had to decide which talk she/he wants to follow. 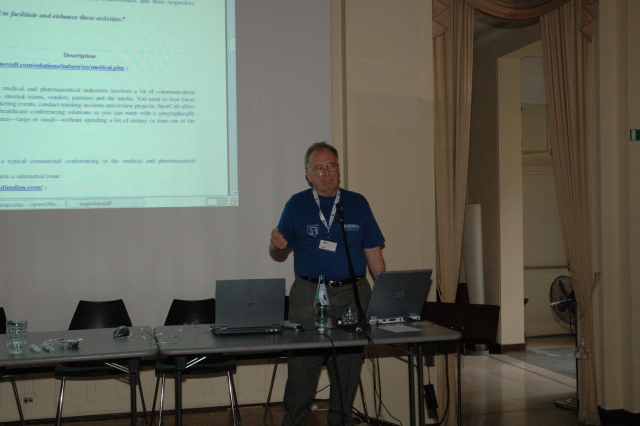 Dimitri Fontaine was talking about "Custom indexing with GiST and PostgreSQL" in the other room: 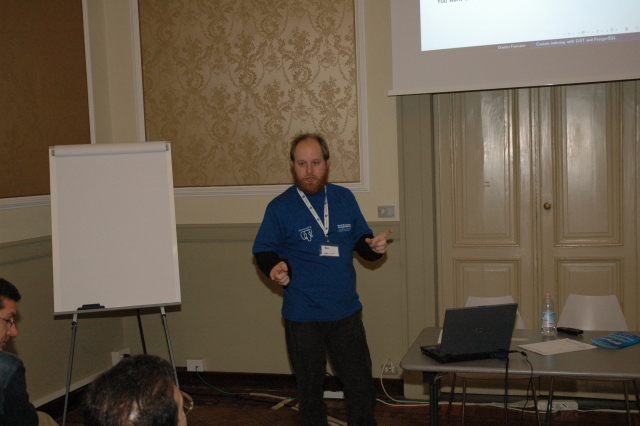 In the second session Gregory occupied the big room and talked about: "Explaining EXPLAIN or How I Learned to Stop Worrying and Love EXPLAIN ANALYSE" 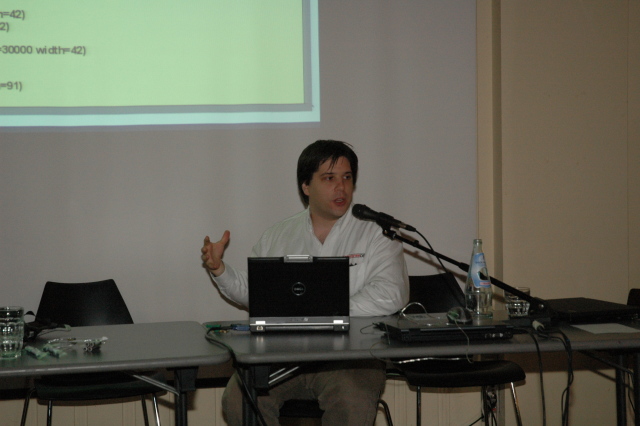 The small room has seen a very promising talk about the "In-place upgrade project", the talk was given by Zdenek Kotala. 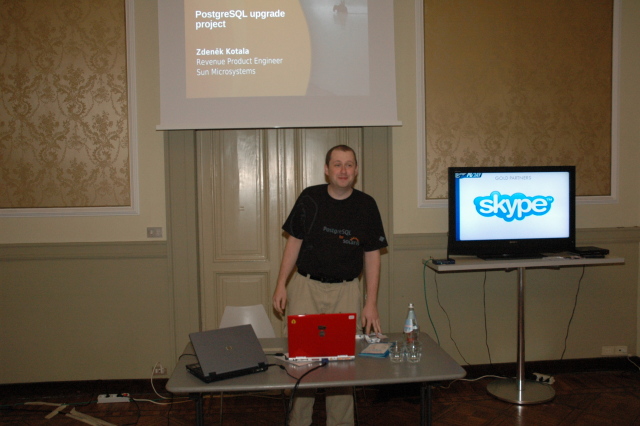 In the last talk before lunch Peter Eisentraut informed us how to "Port applications from Oracle to PostgreSQL". 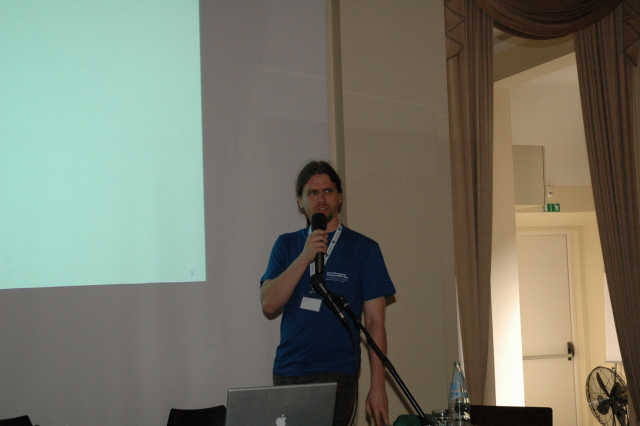 In parallel Heikki Linnakangas hold a developer session about how to "Work on PostgreSQL sources with GIT".

Today's last talk was given by Bernd Helmle, he spoke about his "PostgreSQL Updateable Views" project. 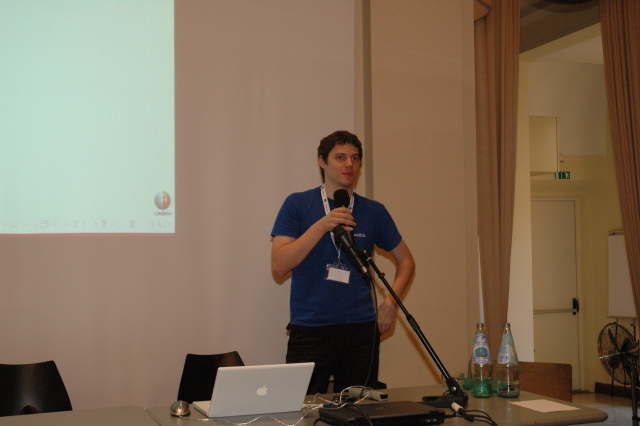 See you next year!

Oh, hold on, Gabriele Bartolini did a summary, showed us some numbers (we had ~170 visitors), spoke about all the beer we didn't drank last night and thanked all people who was involved into the organization. 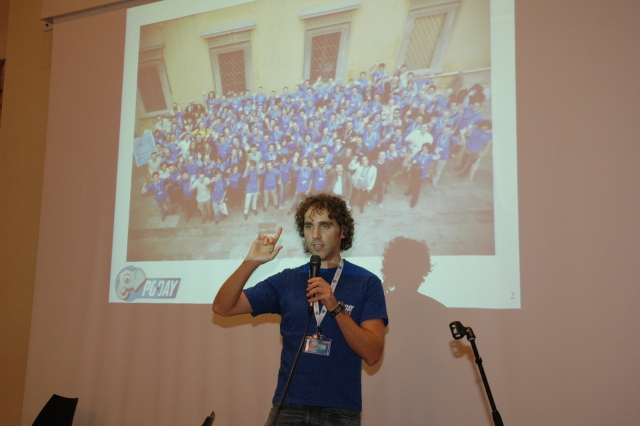 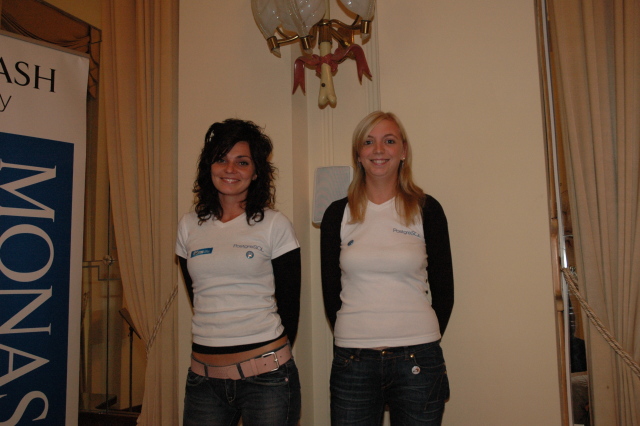 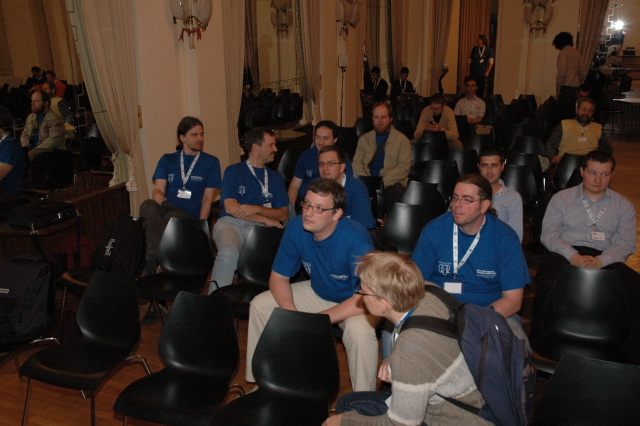 The photographer, who probably made 500 pictures: 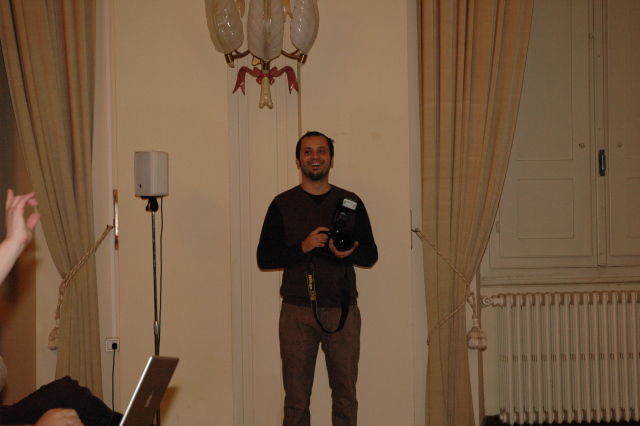 The birthday guy (this time for real): 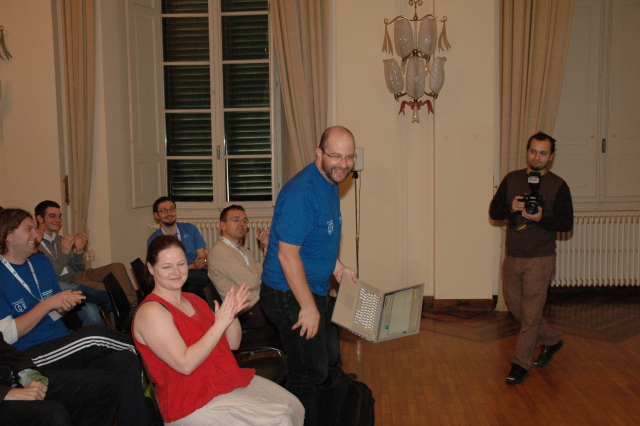 And last but not least this lucky guy: 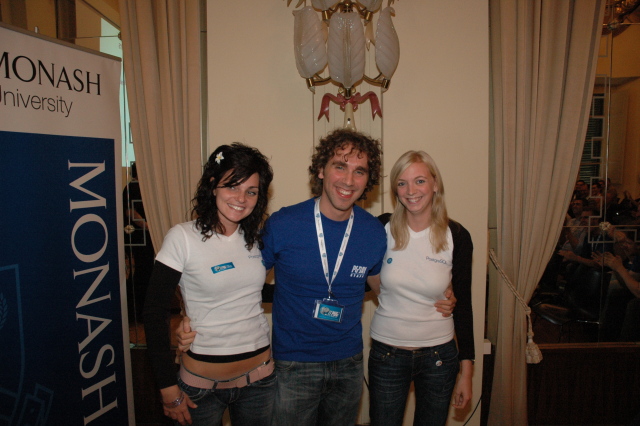 We would like to say "Thank you" to all people who was involved into the organization and who made PGDay possible.

Now it's really over, we invite all of you to join us at FOSDEM in Brussels in february 2009.

The next PGDay will be in France in 2009, more details will follow as we know them.

More slides are available in the PostgreSQL wiki: http://wiki.postgresql.org/wiki/European_PGDay_2008

In the evening almost all visitors who was still in Prato went to the restaurant "Ristorante Pizzeria Lo Scoglio" to get some pizza: 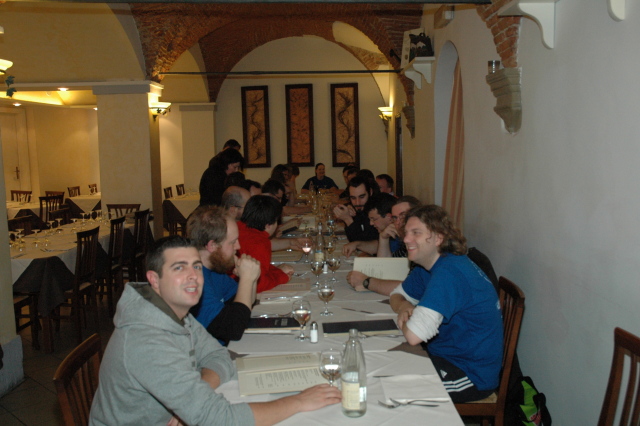