Skip to content
The (for me) most annoying "feature" in KDE 4 was the konsole behaviour: every new window was opened in the last saved size. Those who (like me) open dozens of terminal windows each and every day will understand the annoyance of this non-deterministic behaviour. In addition, early KDE 4 versions always ignored the default settings for the window size (and also ignored the according commandline parameters), priority was given to the saved session data.

In the meanwhile (KDE 4.3) the software was improved and with some manipulations konsole can be forced to start with a fixed size.

Open the menu by clicking on the upperleft icon, choose Advanced, then Special Application Settings: 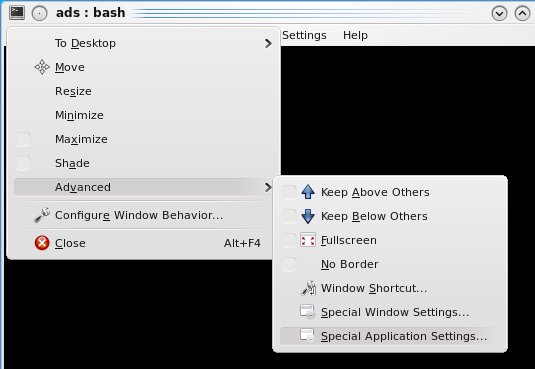 In the Settings window go to the Geometry tab: 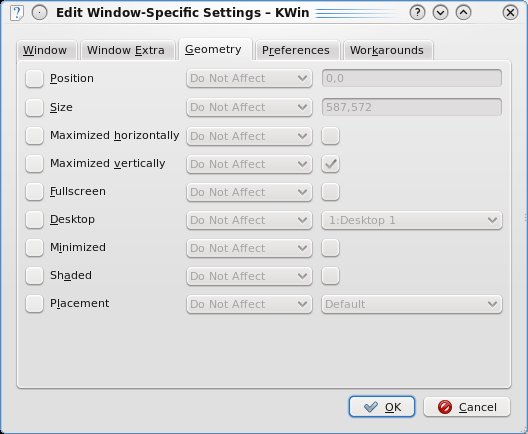 Make sure that the two checkboxes after "Maximized horizontally" and "Maximized vertically" are not selected, else the "maximize" setting will maximize the window on every start. 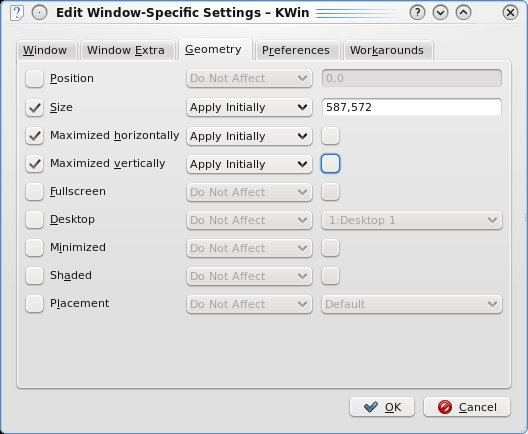 Save the settings by clicking "OK". That's it. Now every new konsole window should start with a fixed size.

Now if the KDE team could fix this other outstanding bug too: The session manager does not store the encoding when KDE is shutting down. Every window is opened again after the restart, but each window has the default encoding. Very annoying, if you have to work with different encodings on remote machines.