Skip to content
The Open Source people have met again, like every year, in Brussels for the biggest open source event in europe - FOSDEM. The European PostgreSQL User Group was present with a booth and a devroom, plus a lot "community".

We started on friday morning, after Andreas Kretschmer arrived at our home and the car was packed: 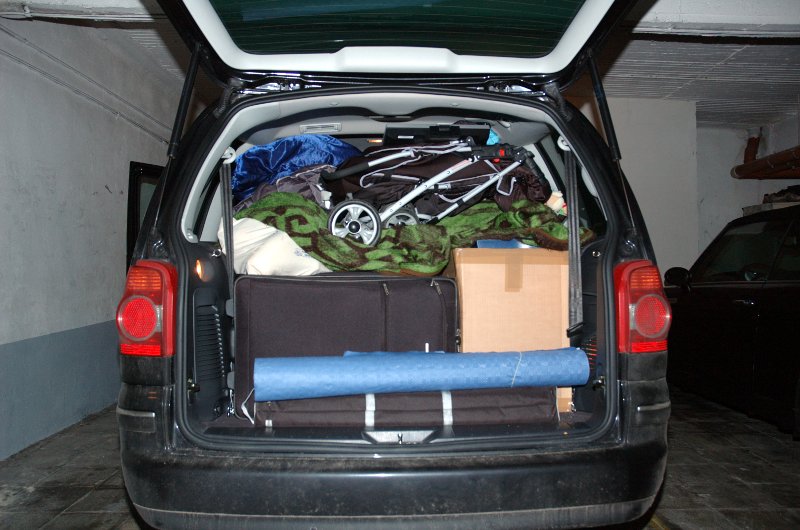 and headed to Brussels, for being there in time for the combined MySQL/PostgreSQL social event. Short before Brussels, the navigation system crashed unprovoked several times and did a reboot each time (including a new gps position search). We already expected to find our way without help at all, but the stupid window os inside the box recovered himself after plugging off the power cord. Short after checking into the hotel, we headed to the specified restaurant near the Grand Place for dinner. Probably 25 people were already there, some more joined later. Most of them were actually PG guys; hopefully next year we have a better average from each database.

Saturday started with preparing the booth, we got a lot of new and cool stuff: new shirts (polo shirts actually) plus extra shirts for the staff, mugs in a new black design, thermo mugs and of course the well loved stress balls and elephants. A small computer running an unattended presentation attracted many visitors to stop by, look and smiley about the slides, and of course: ask questions. The booth itself was more straighten up than last years, not so much different stuff anymore, flyers in put-ups ect. All in all we had only one table but could made a better use of the available space.

The devroom was available around noon on saturday, and after some minor troubles with the beamer we started with the very good talks. We had to reject some of the submitted talks, because we only got a small room and we only got the room on saturday. During several of the talks, all seats were taken and visitors had to stay along the walls: 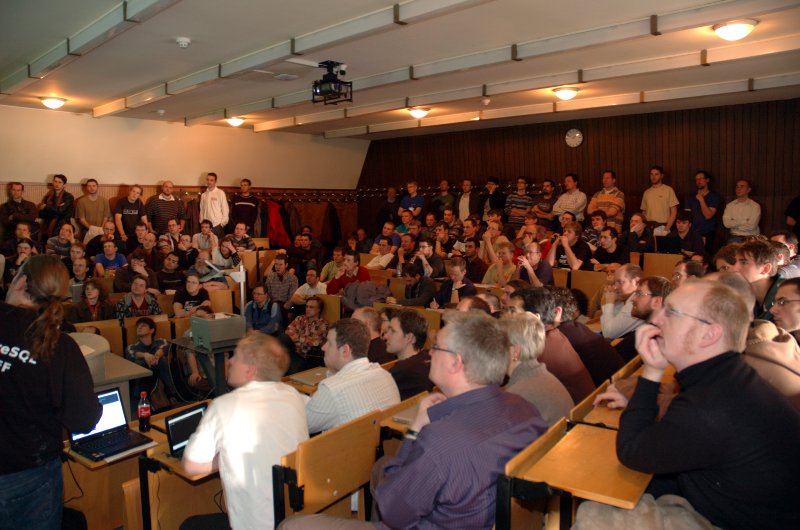 If you want to give us feedback about one or more of this talks, that's possible and desired: http://www.postgresql.eu/events/feedback/

After the last talk we had to pack up, and because even more goodies were delivered directly to the venue, our car was fully loaded: 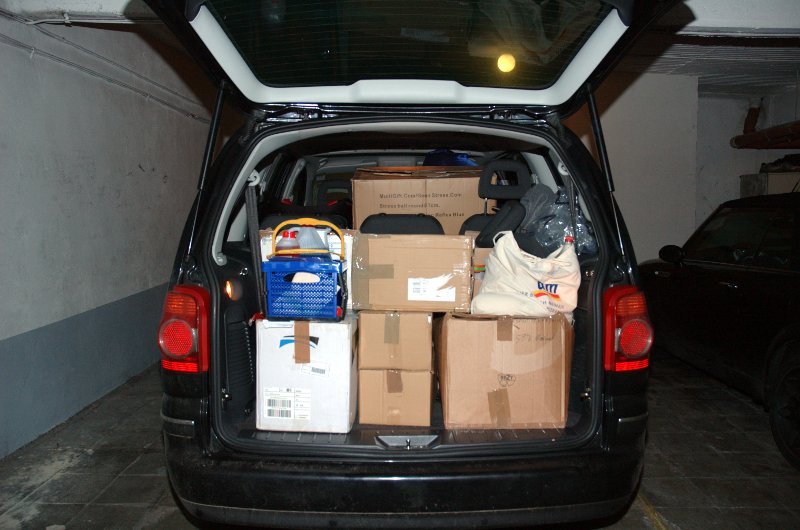 At the booth, we had many interesting discussions with - and questions from - visitors, personally i remember someone asking for PostgreSQL on windows mobile (which is not going to happen, according to Magnus). About 3 years ago - FOSDEM 2007 - we only had a small booth with 3 or 4 helpers. The PostgreSQL presentation at FOSDEM developed very well in the last years.

For dinner on saturday evening, we ended up in an african restaurant near the hotel, and had to wait 2.5 hours for the food - because Magnus forgot to make a reservation ;-)

On sunday, David gave a very interesting talk about trees and recursion in one of the main tracks. He even solved the travelling salesman problem in SQL for you ;-)

Thanks to everyone who made FOSDEM a success again. Can't wait for next year.