It's this time of the year again: the Annual European PostgreSQL Conference (PGDay.EU 2010) is near.

The last weeks were very busy. We had an online meeting every week, ordered some stuff, told our sponsors where to send the flyers and in general we had a very long todo list to solve. Last saturday and sunday, several team members started arriving in Stuttgart and we met up to drink some beers and actually find some time to prepare the conference ;-)

This year we made the decision to have PGDay.EU 2010 in a hotel, not in an university like the previous years. The idea was to make the event more attractive for companies and authorities - and based on the registration numbers the visitors accepted the choice. After some search earlier this year we had chosen the SI-Center in Stuttgart for this years conference. The Center
itself isn't just a building, it's a whole complex. Our rooms for the talks are distributed among two buildings, but luckily the visitors don't have to go outside (it's snowing) to change rooms. In addition the SI-Center is providing food and drinks so we don't have to take care of this part.

In detail: yesterday I drove from Stuttgart to the imos office in Göppingen to make some last printouts and pick up all the stuff.

All the stuff which was stored in the imos office

Later on sunday the imos guys and myself came back to the venue with all the parcels. There we met the other team members and we finished preparing the bags and the name tags: 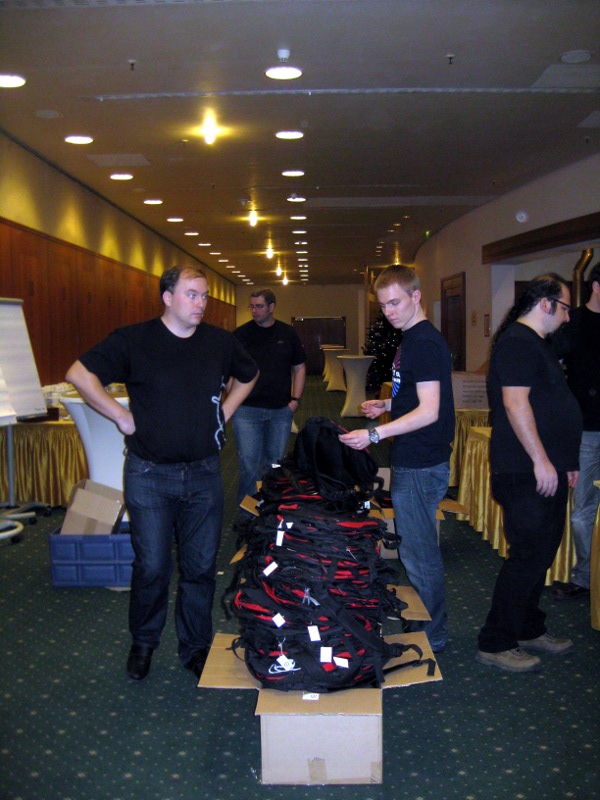 The bags, right before filling them with flyers and stress balls 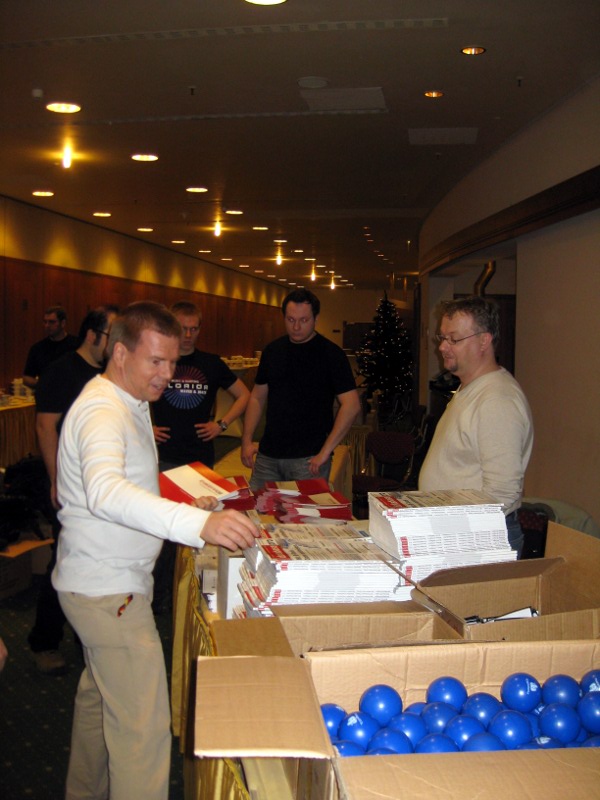 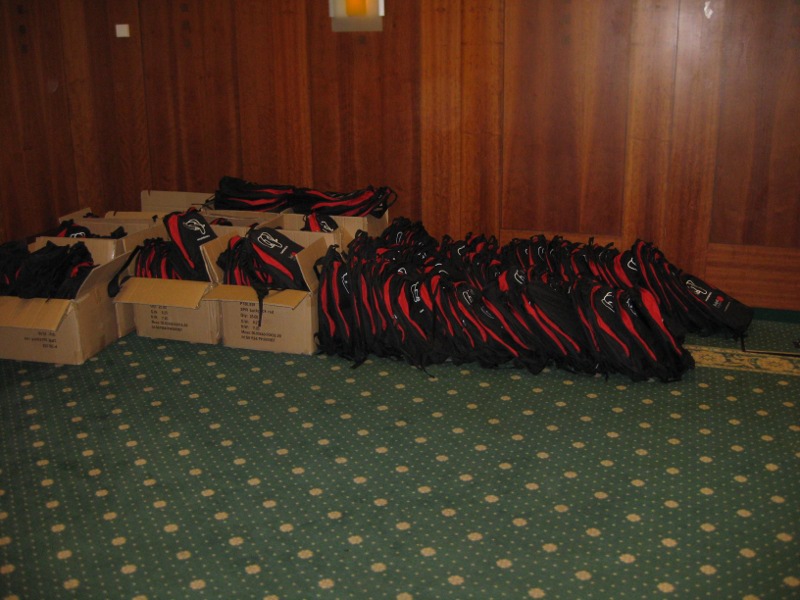 The bags, after filling them with all the goodies 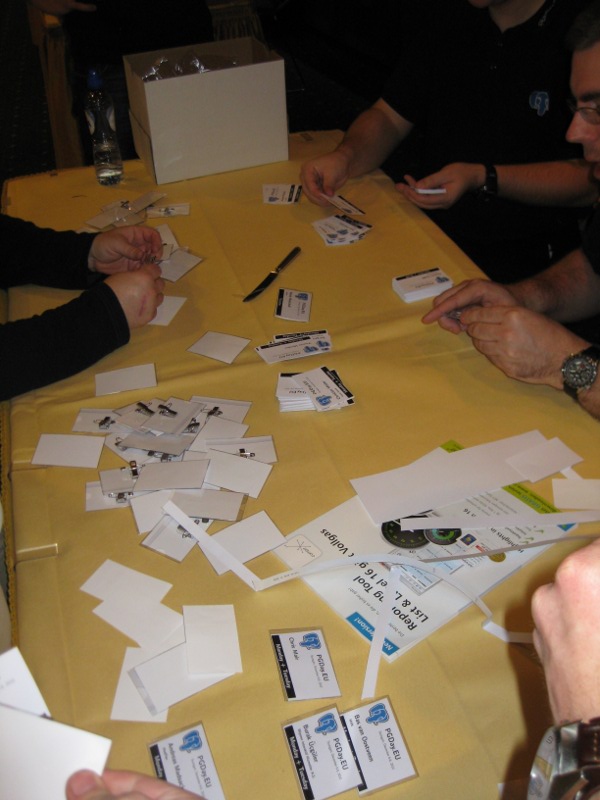 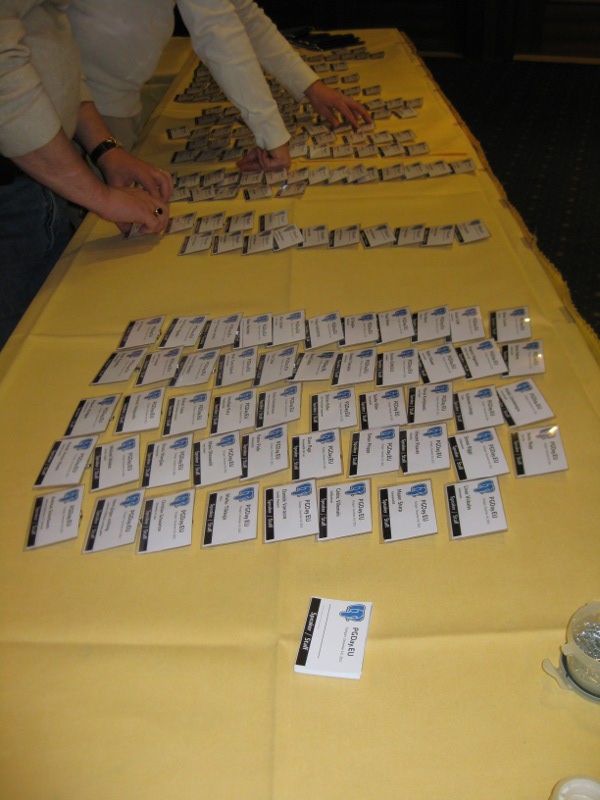 All name tags sorted and ready for conference start.

Took some time but based on last years experience it's better to have this prepared before the conference. In addition, two helpers on registration desk are enough to handle all the visitors, even with the increased number of registered visitors.

In the evening we joined a Brasserie and got some food and drinks. During the evening more and more helpers and speakers joined us as they arrived in Stuttgart.

By the way, thanks to Patryk for providing the pictures.