Going to Washington (State), Andrea asked if we can visit the places where the Twilight novels take place. Basically Port Angeles, Forks, La Push and Olympia. That's too much for one day, so we settled on a roundtrip around the Olympic National Park for one day, and Olympia for another day. That is also the reason why we travelled to Bremerton the day before: just to shorten the trip for today.

Leaving hotel in Bremerton early, we first went to Port Angeles. However this city is only barely mentioned in the novels, therefore I looked for something interesting there, to keep the kid entertained. Turns out, they have an Olympic National Park Visitor Center, and it displays many interesting exhibits. This made for a nice stop and many Ah and Oh ;-)

Not far from Port Angeles, heading towards west, are the Madison Creek Falls. It's two waterfalls, and a river, but you can only visit the lower of the two waterfalls. Your GPS might be confused, but when you enter the Olympic Hot Springs Road just follow it all the way to the end (or where the gate is). Park there, enjoy the view over the mountains and the river, and then follow the short path to the waterfall. 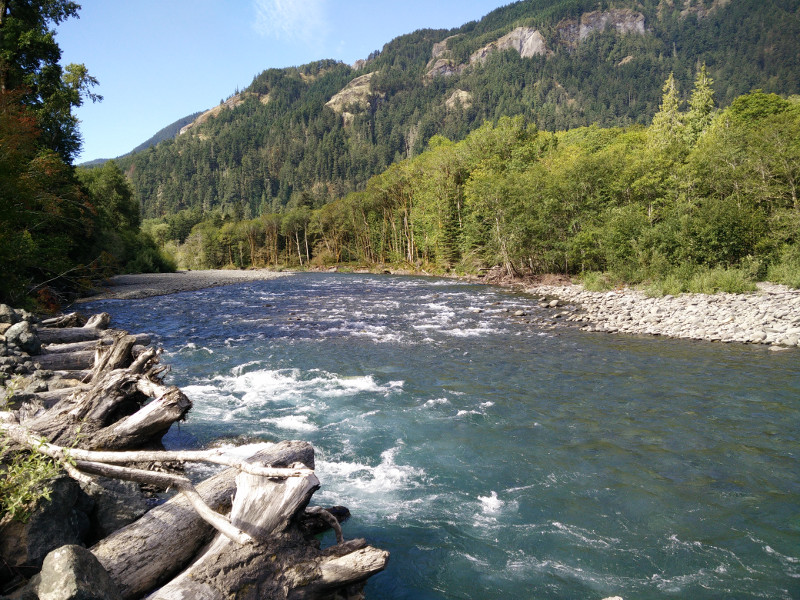 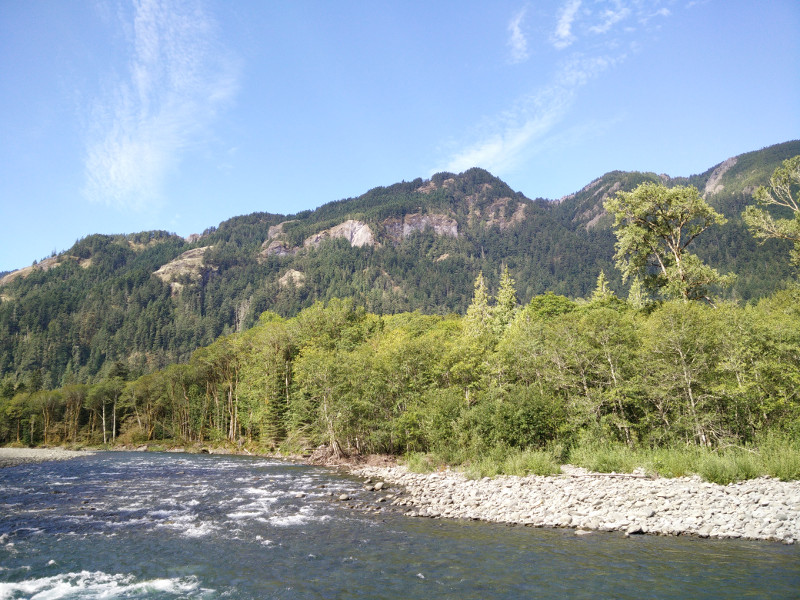 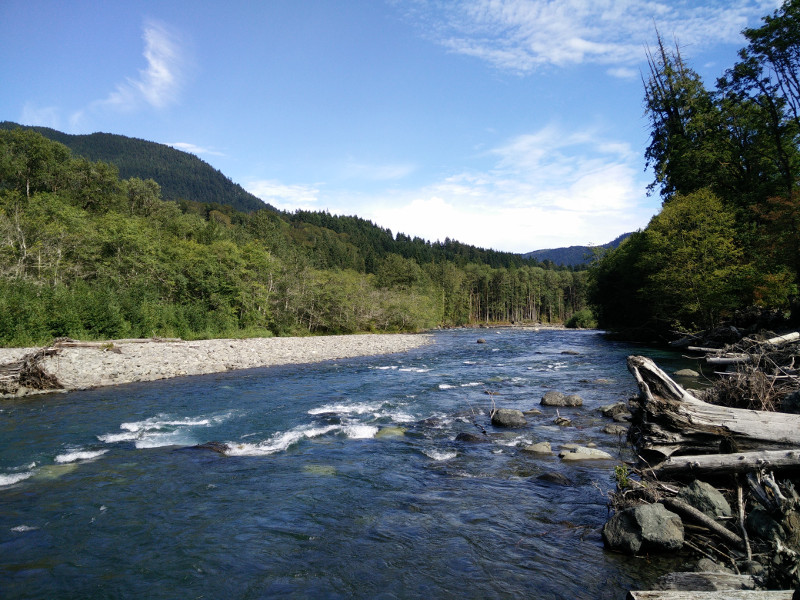 Ok, I confess, I had to crawl the stones at the river a bit, in order to take the above pictures. Be careful that you don't slip and fall into the water. 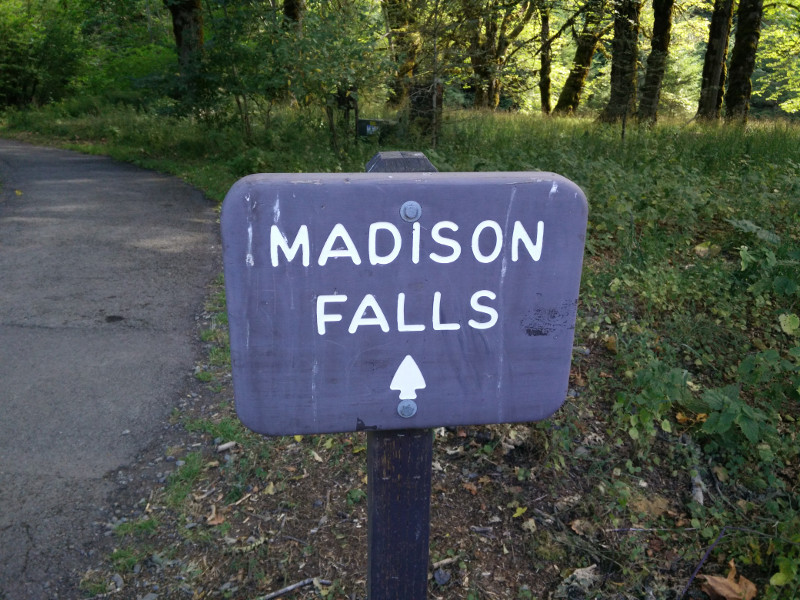 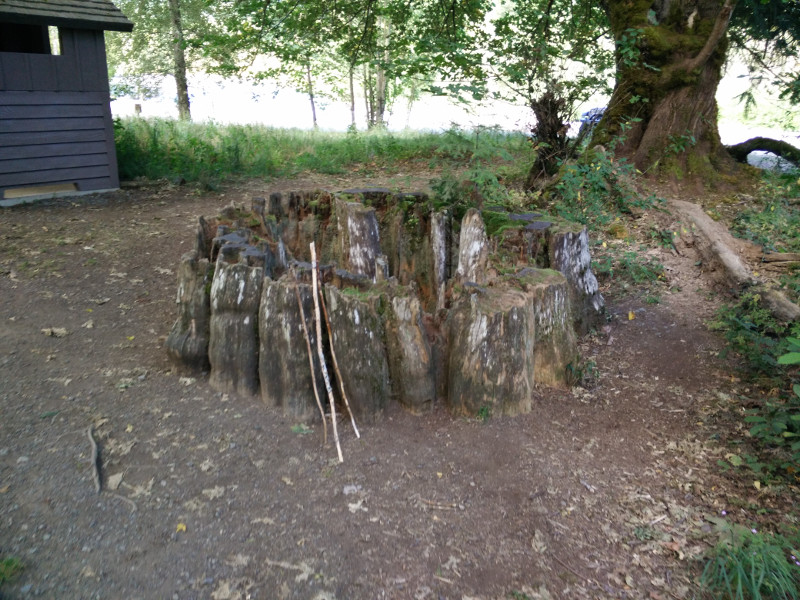 hollow stump on the path to the waterfalls 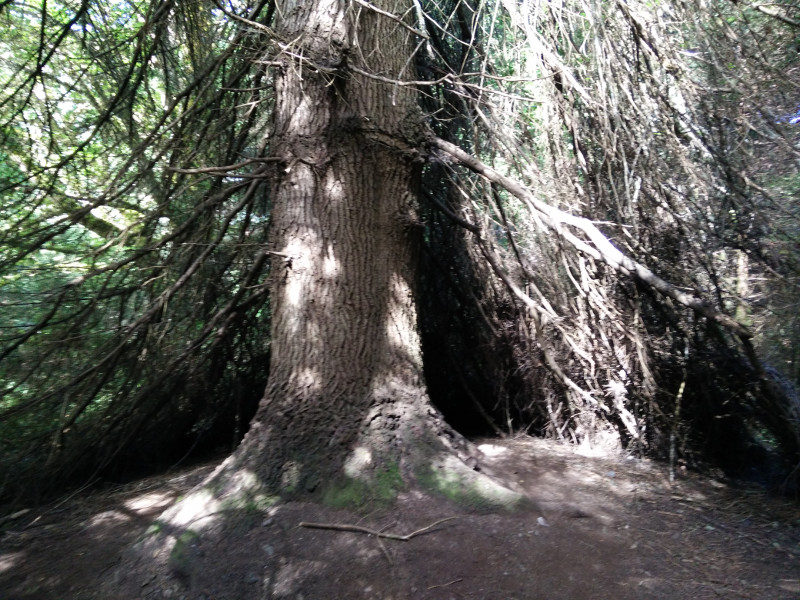 Tree with "a tent" near the waterfall 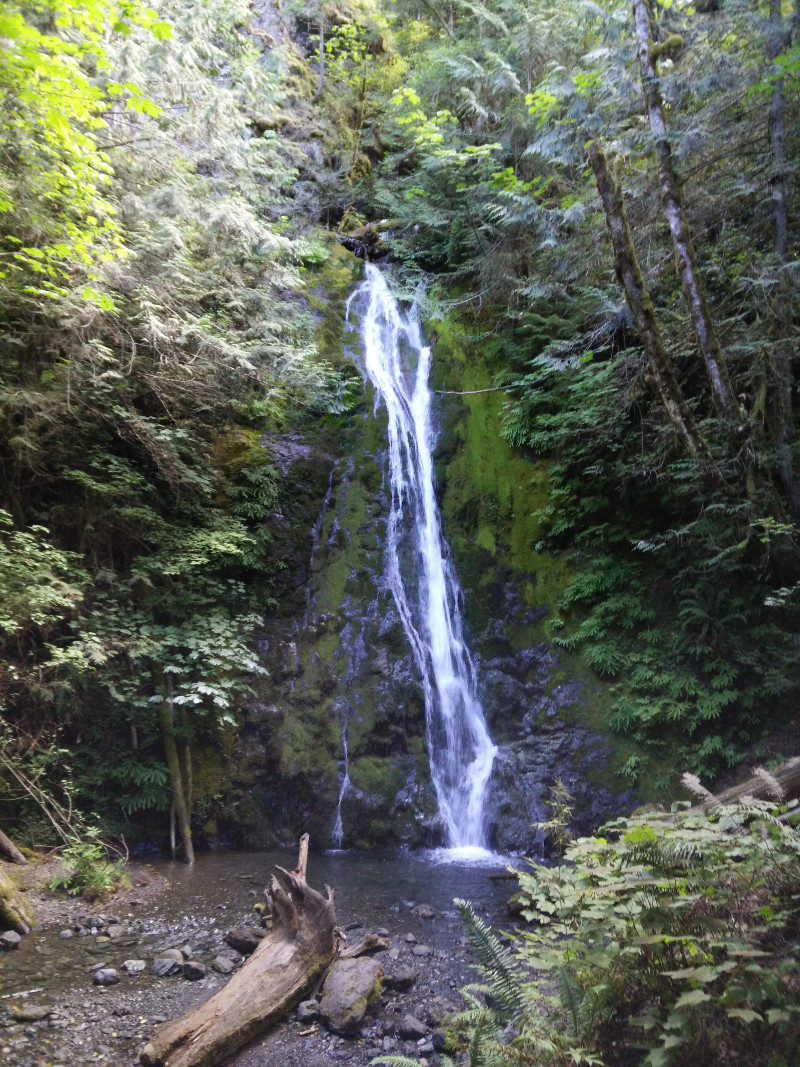 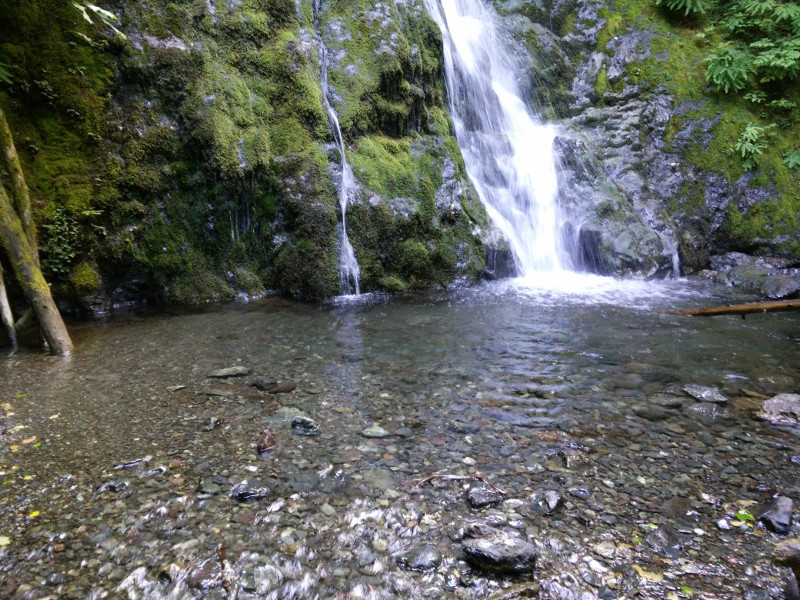 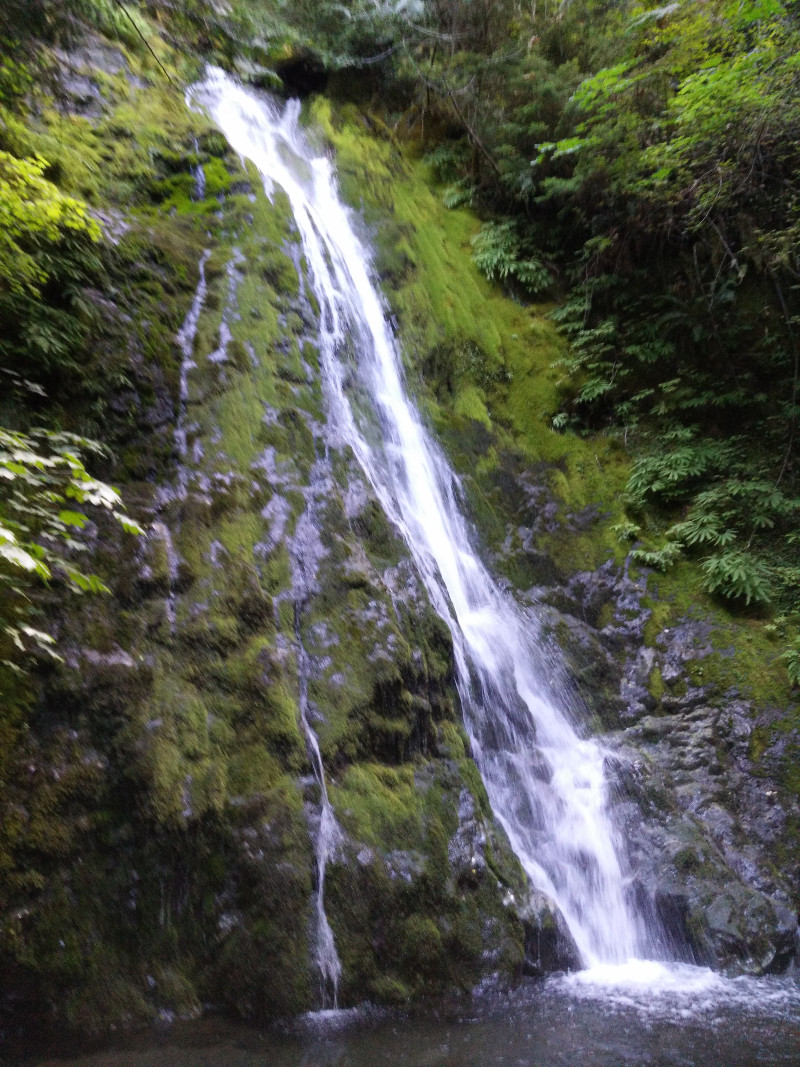 Back on the 101, the kid finally recognized that it has seen this road, or more exactly the number, before: it's El Camino Real, going all the way from Washington State to Oregon and then California. The road passes Lake Crescent, you can stop at one of the many viewpoints and parking spaces, and enjoy the view. 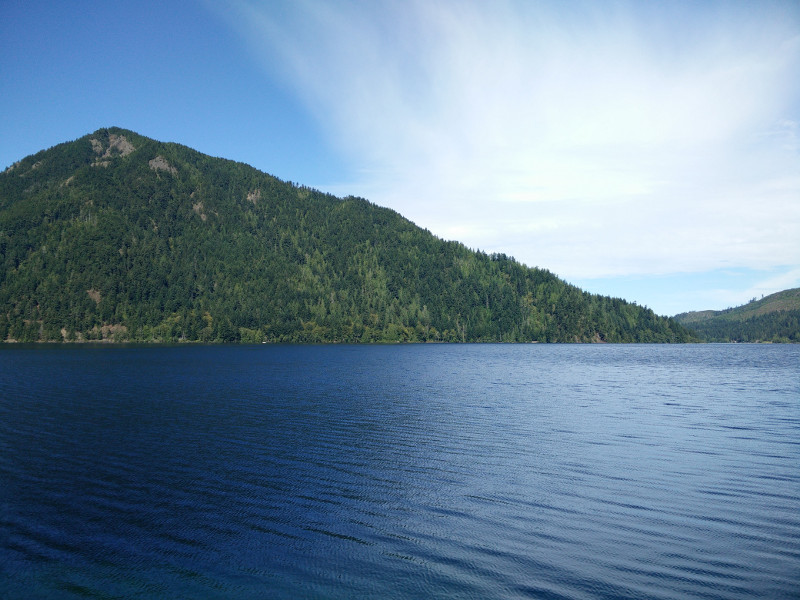 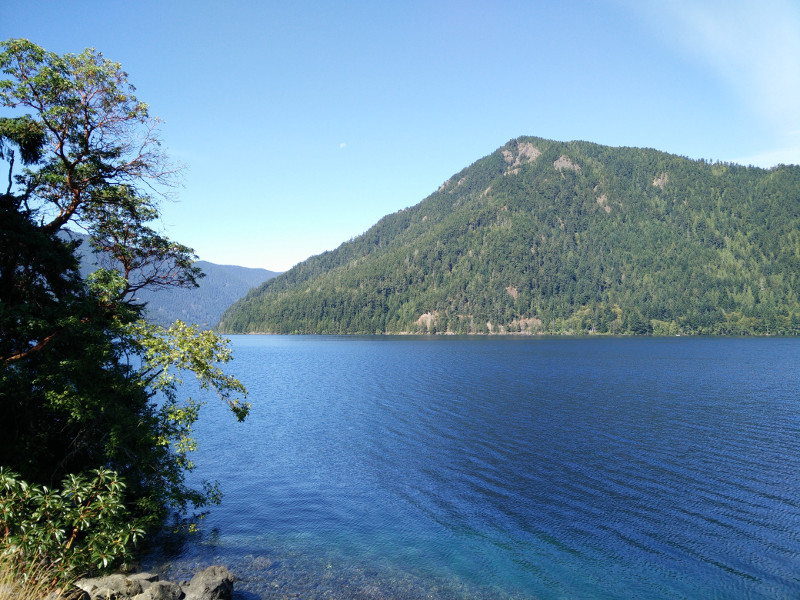 We rolled into Forks, found the Police Department and the High School. And that's when I heard that it totally does not look like in the movies. But we found a nice Geocache there: 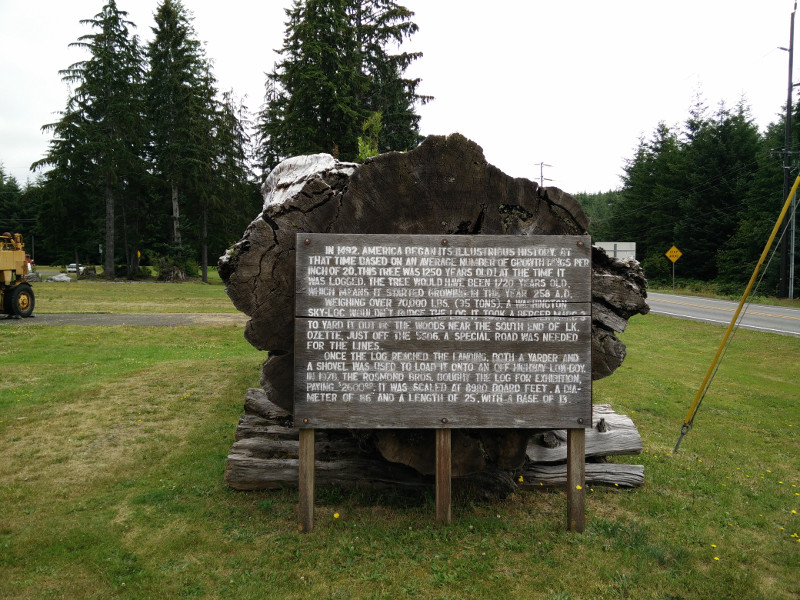 It's estimated that the tree started growing in 258

From Forks to La Push it's just a few km aeh miles. When it's sunny in Forks, it get's cold and cloudy in La Push. The village is very small, just a few streets. We found a restaurant, sat down and ordered lunch - and then the power blacked out. Not only in La Push, but also in Forks and everything inbetween. But that is a story for another blog post. 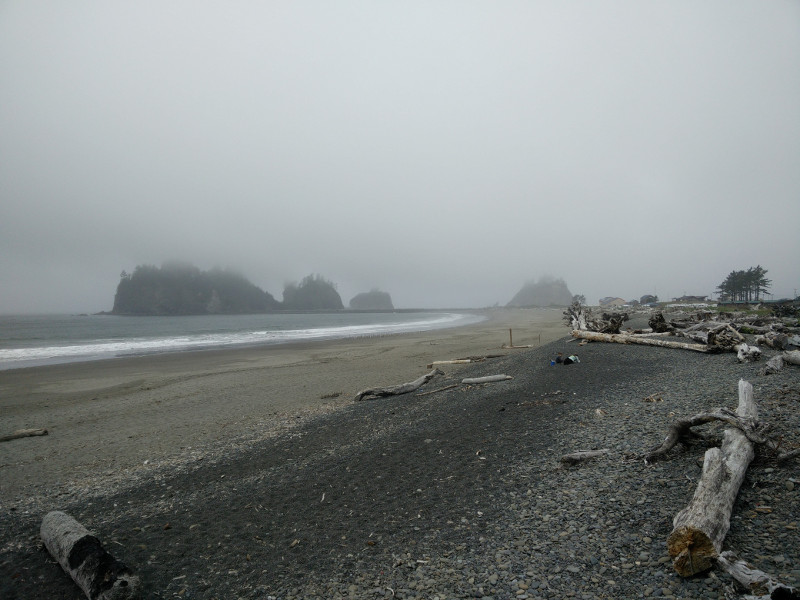 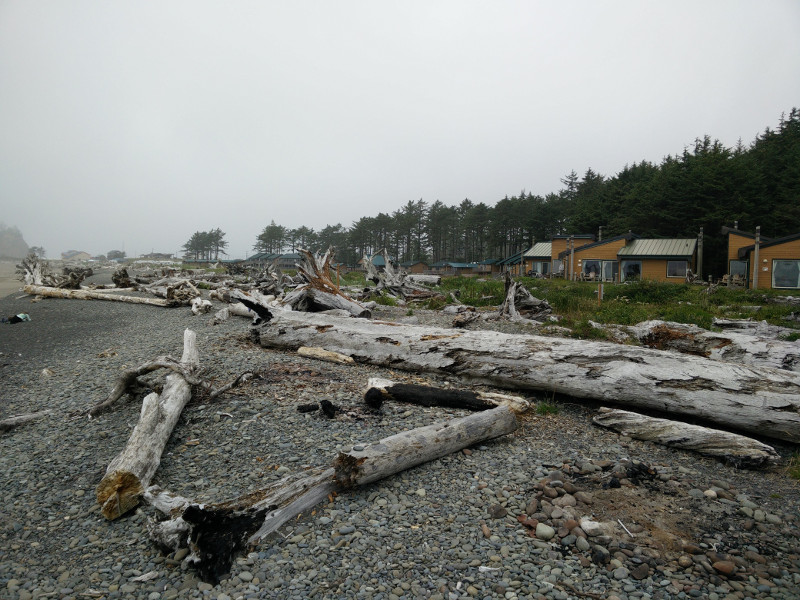 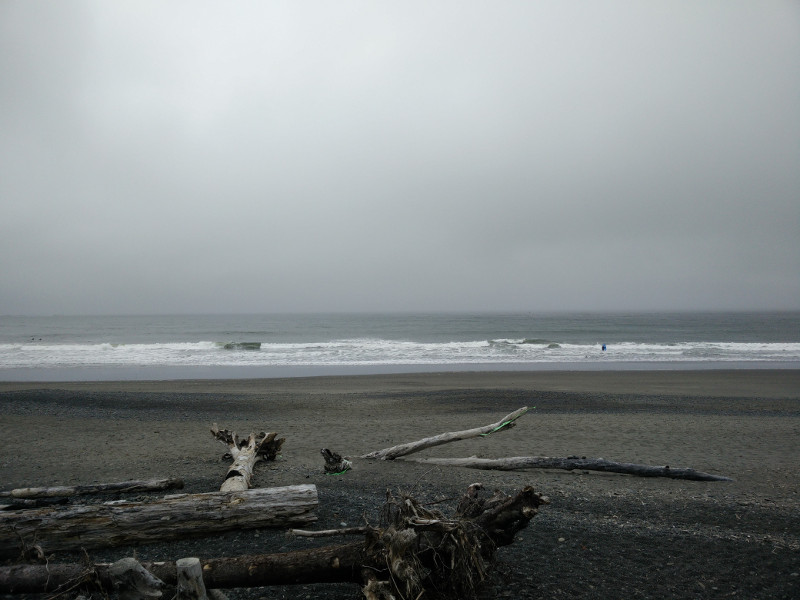 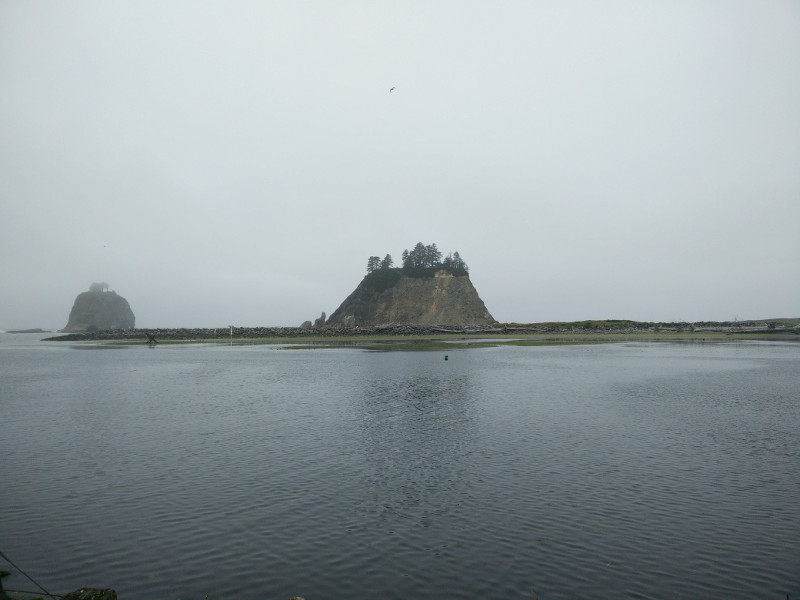 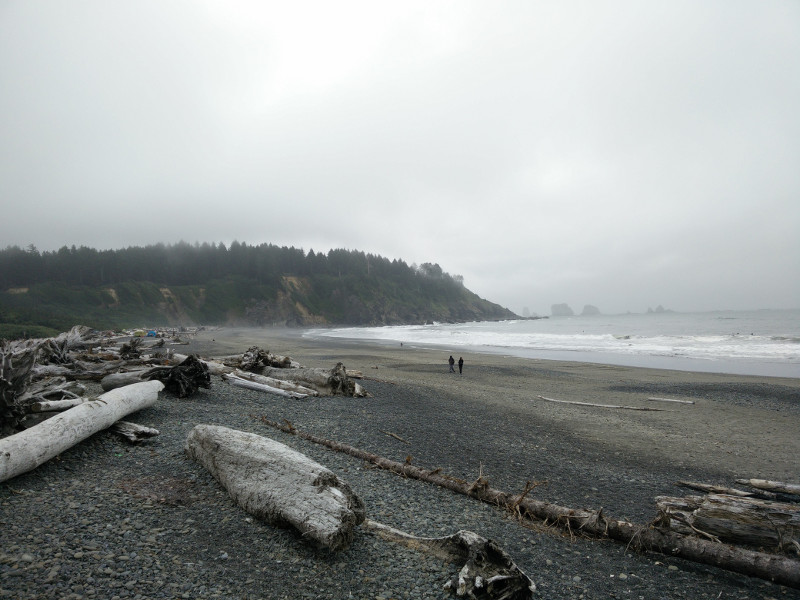 Not much to do here. We went back to Forks, and found a Subway which was still operating. Unfortunately they couldn't heat meatballs for me, but everything else (microwave oven) worked. Yay, lunch!

Planned last stop today was Olympia, the Washington State Capitol City. But somewhere on the highway there was a sign "Great Cedar" and an arrow to the left. Who am I that I don't take any opportunity which presents itself? 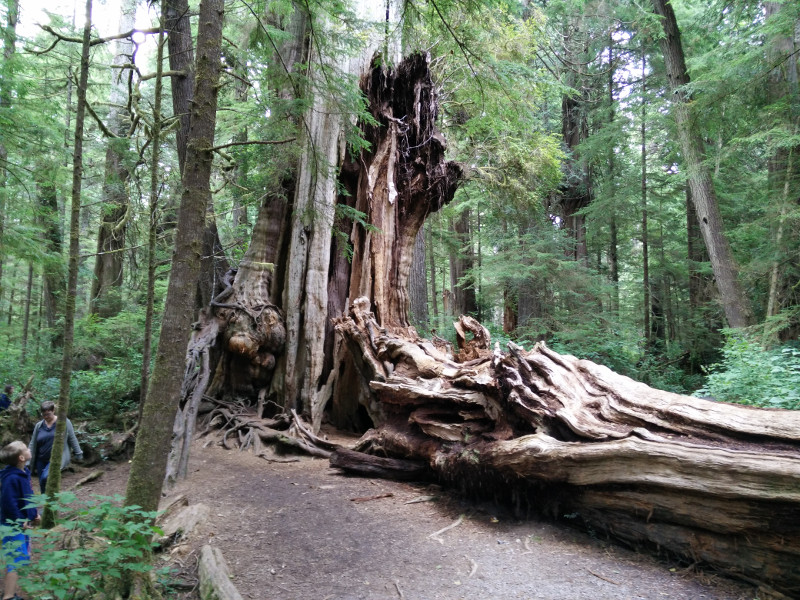 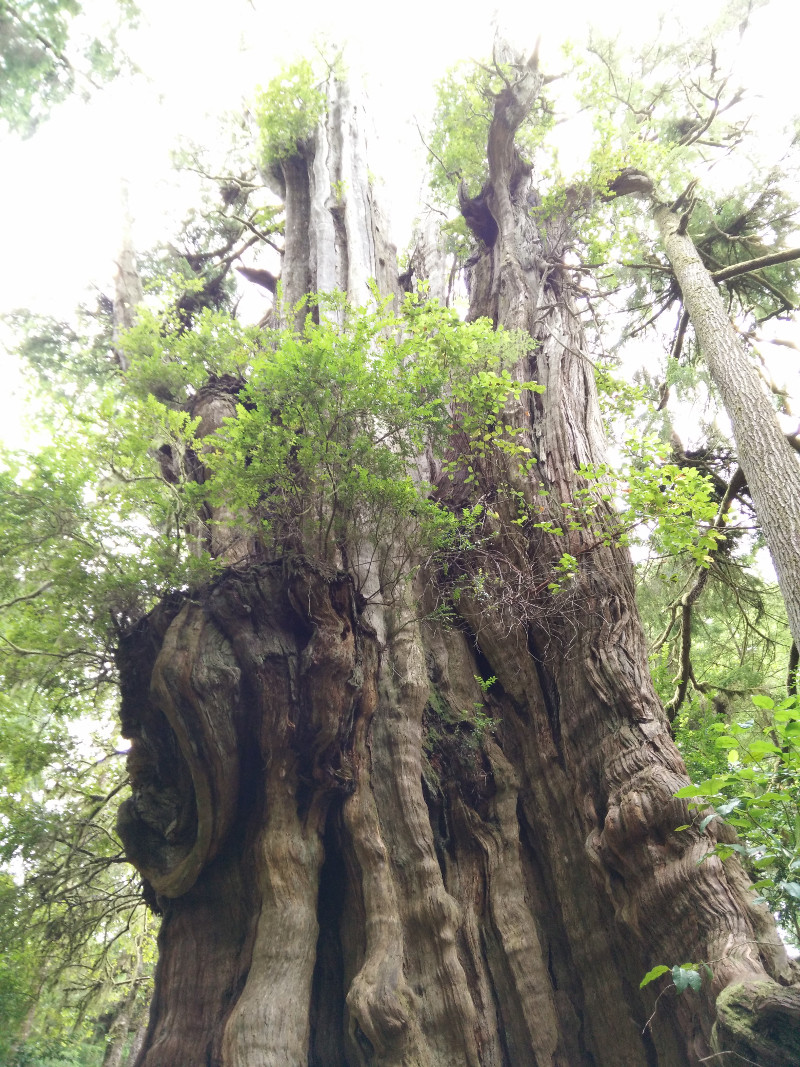 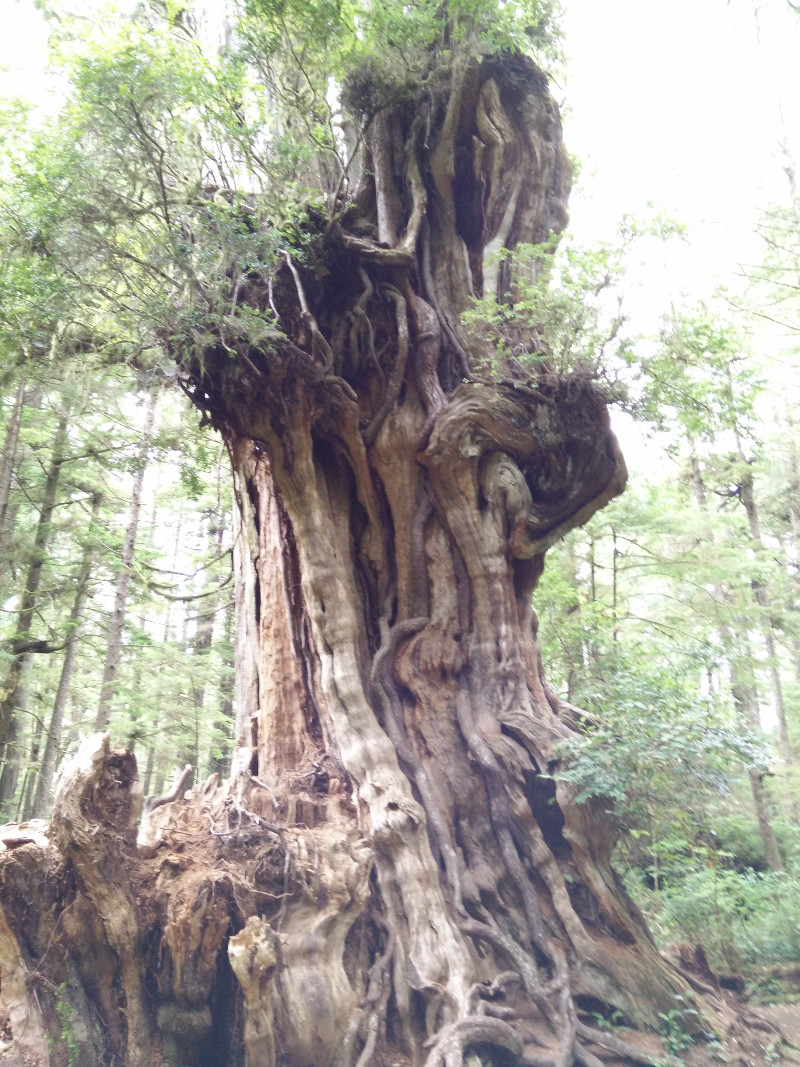 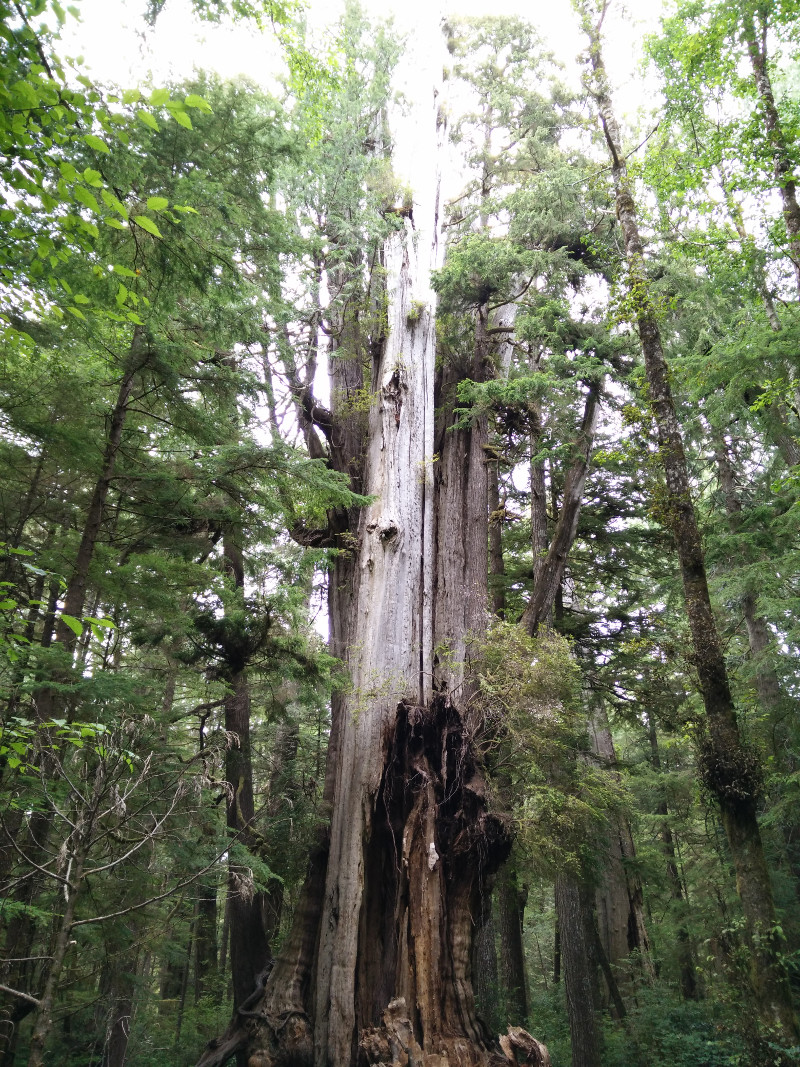 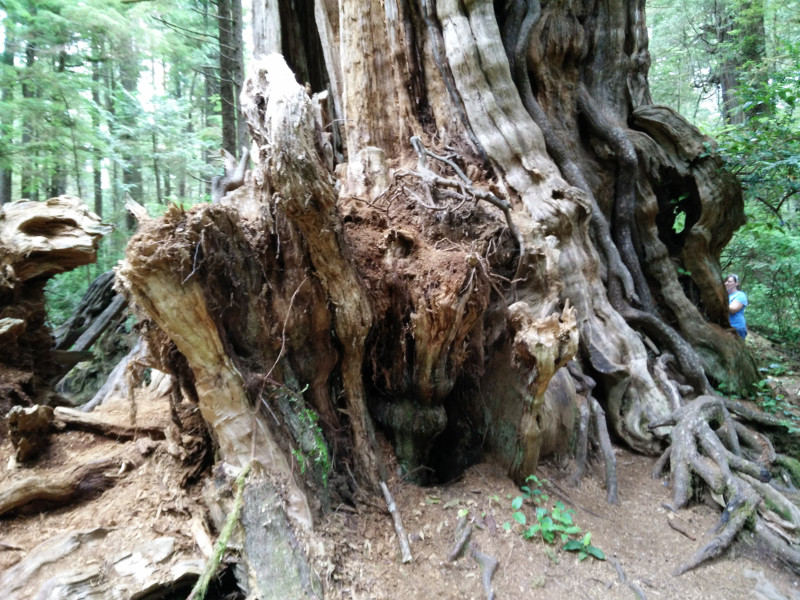 Driving along the 101 heading South, we found a small village (forgot the name) and a sign pointing to a Salmon Hatchery. First the kind was unimpressed by yet another stop, but once it discovered what was going on there we couldn't stop it from walking around and watching all the basin with little fishes. Quite impressive to see the salmon trying to jump up a delivery pipe, like they are going up a river. 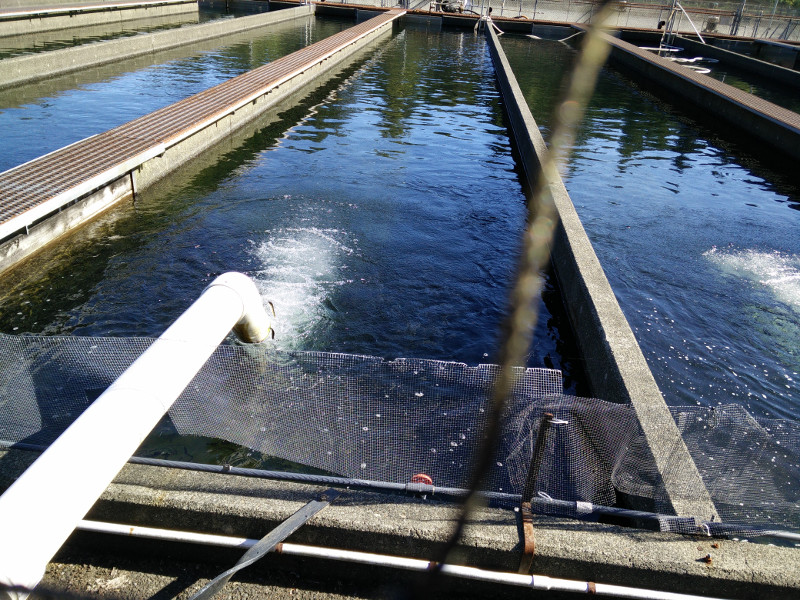