After doing the whole Twilight tour in Port Angeles, Forks and La Push, we arrived for a day of relaxation in Olympia. As the kid told us, that's the Capitol City of Washington. Therefore, and because it was not far away from the hotel, we decided to visit the Capitol.

The day before, Ingress (the Augmented Reality game) had a hickup, and the scanner app was not working for a few hours. Being on the run for the Onyx/Black Sojourner badge and only two days left, I was quite worried about this outage. My wife and our kid were looking for the Silver badge, so we had to hack again in the morning. We used the morning to walk around in the city, hack some Ingress portals and play a few missions.

That's when we came by a playground, and a nearby fountain. 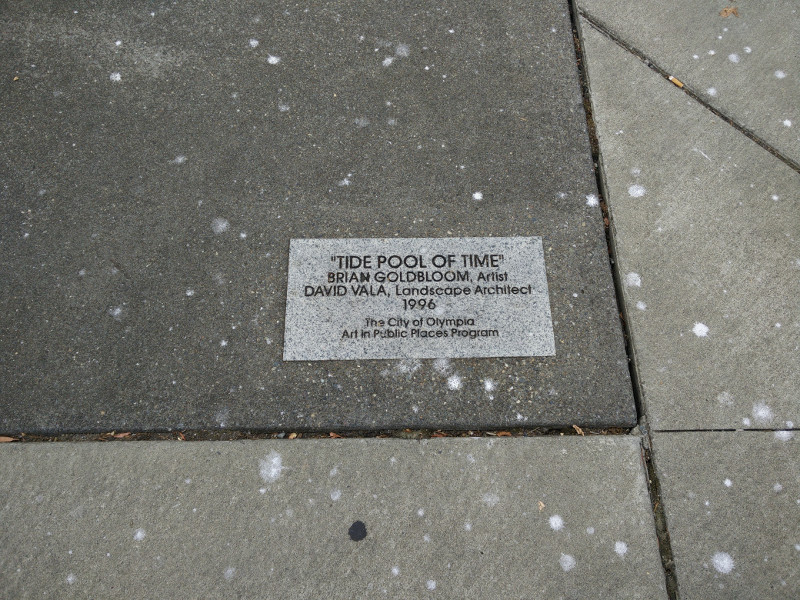 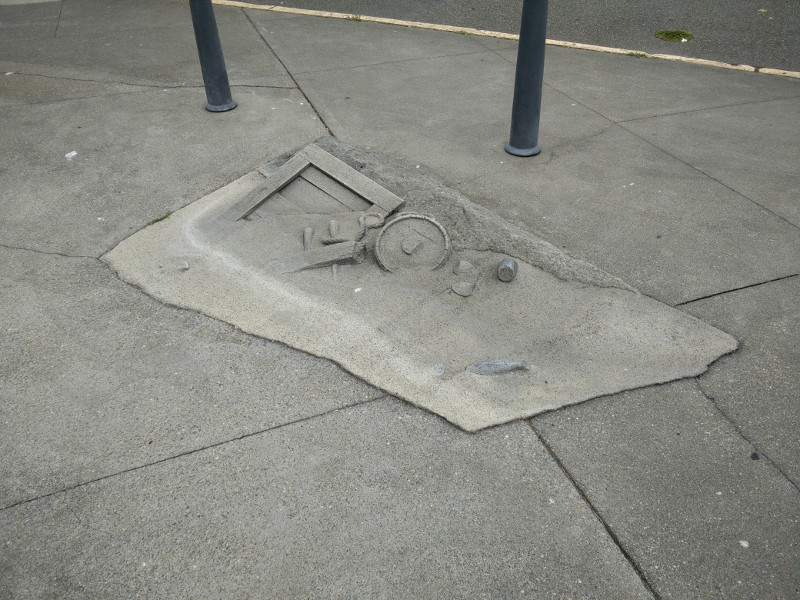 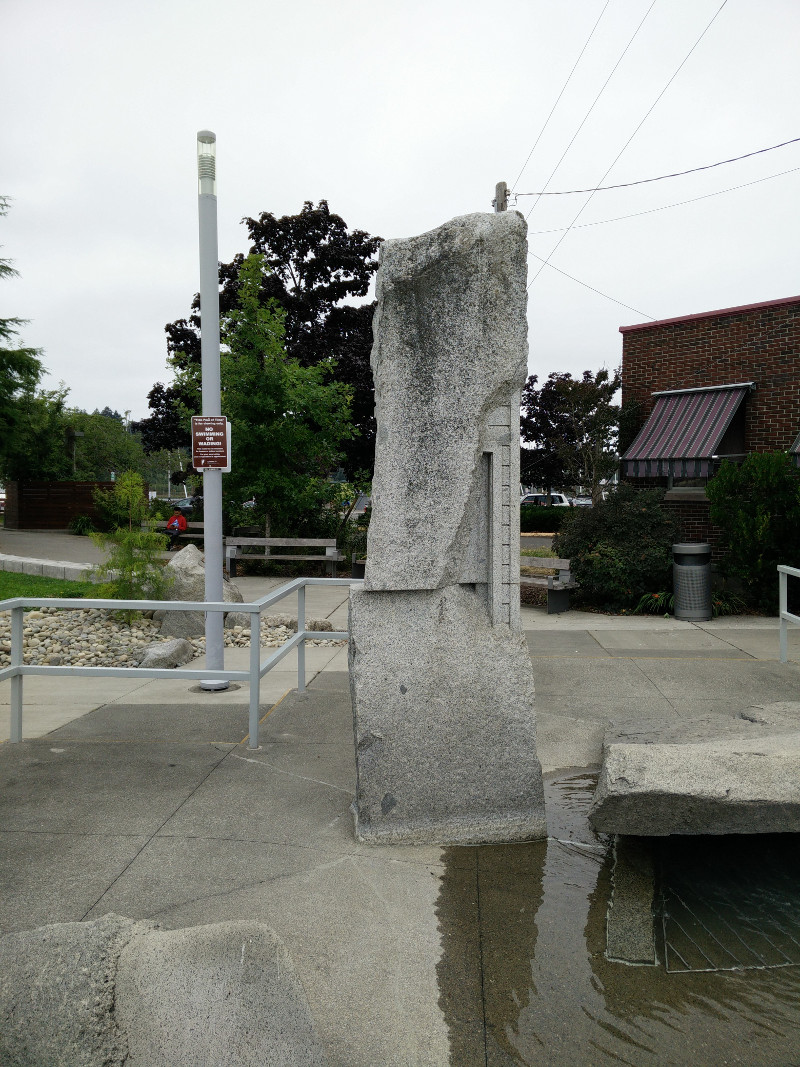 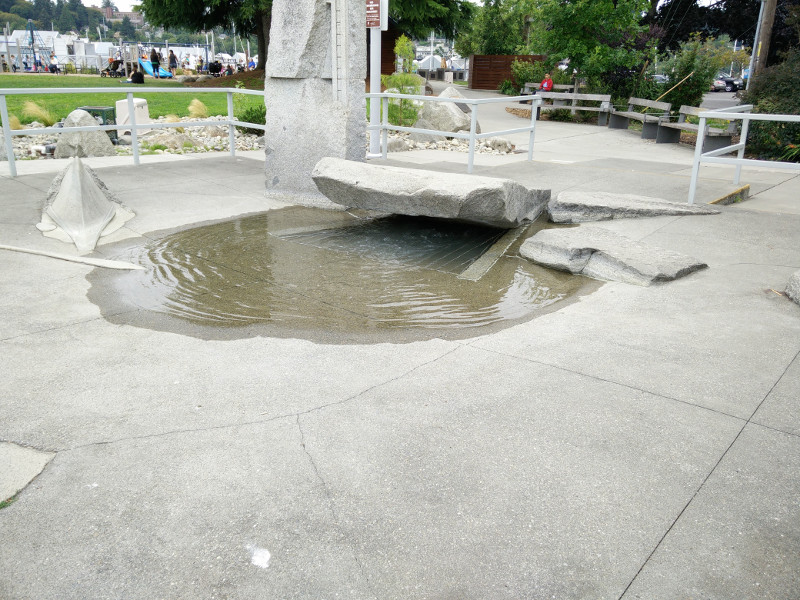 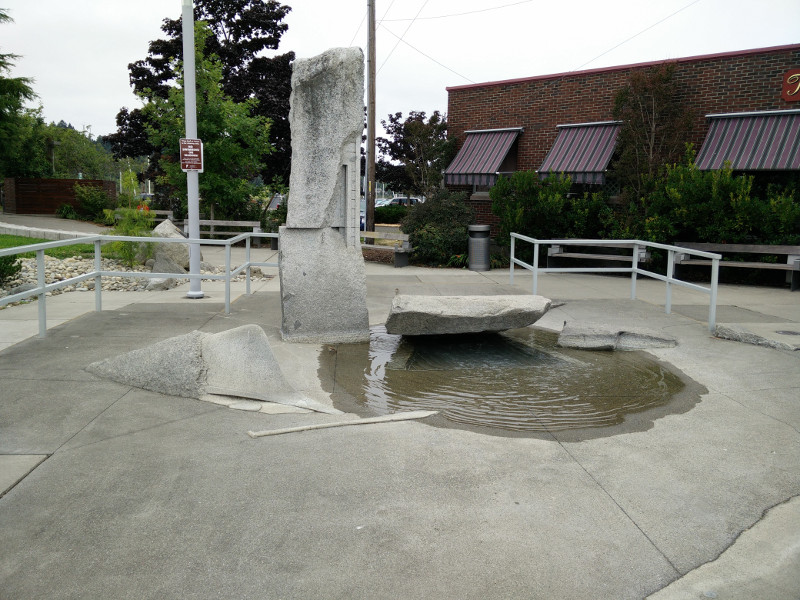 After about two hours we reached the Capitol, walked around a bit on the ground and decided to go in. It's quite impressive, and even more so that no security guards are around and you can just walk in and see the Chambers, visit the Governors office and attend a tour. 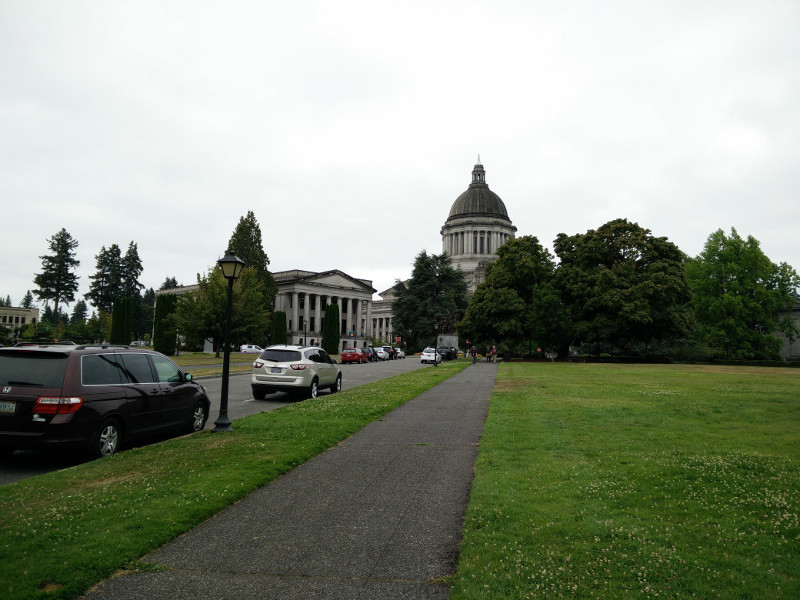 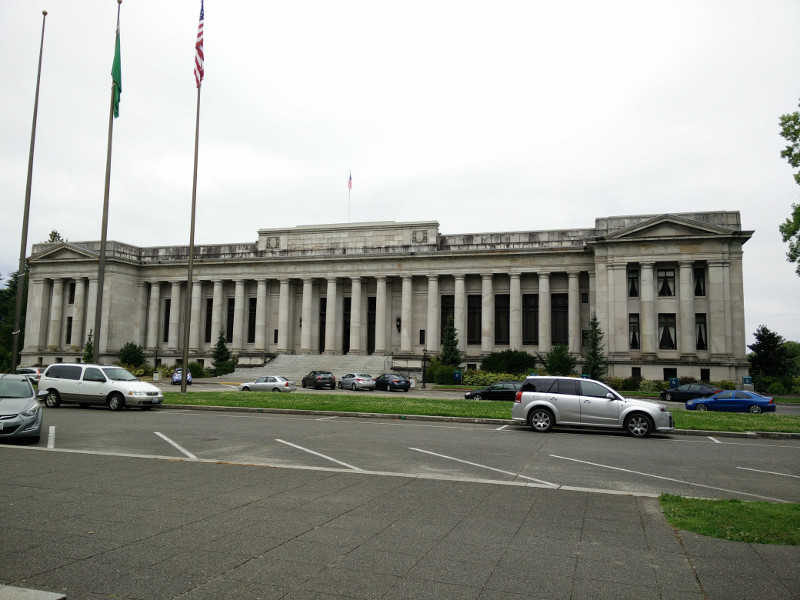 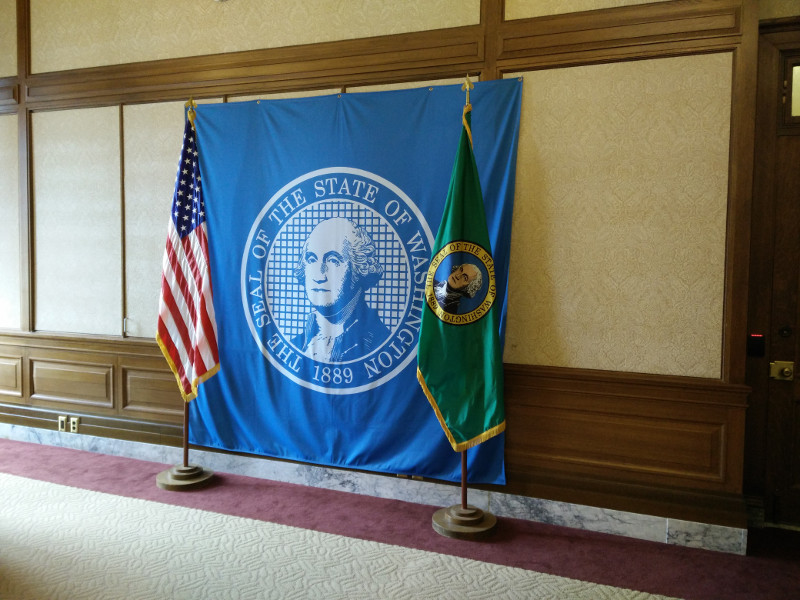 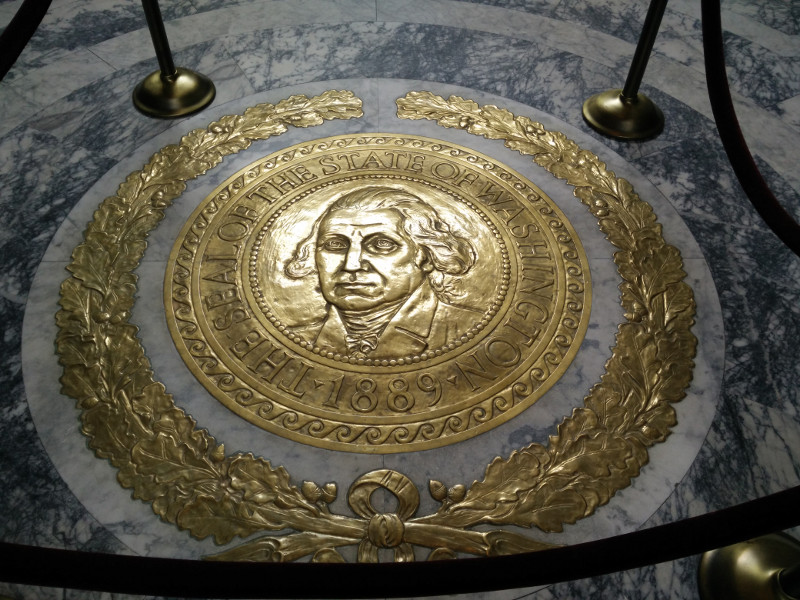 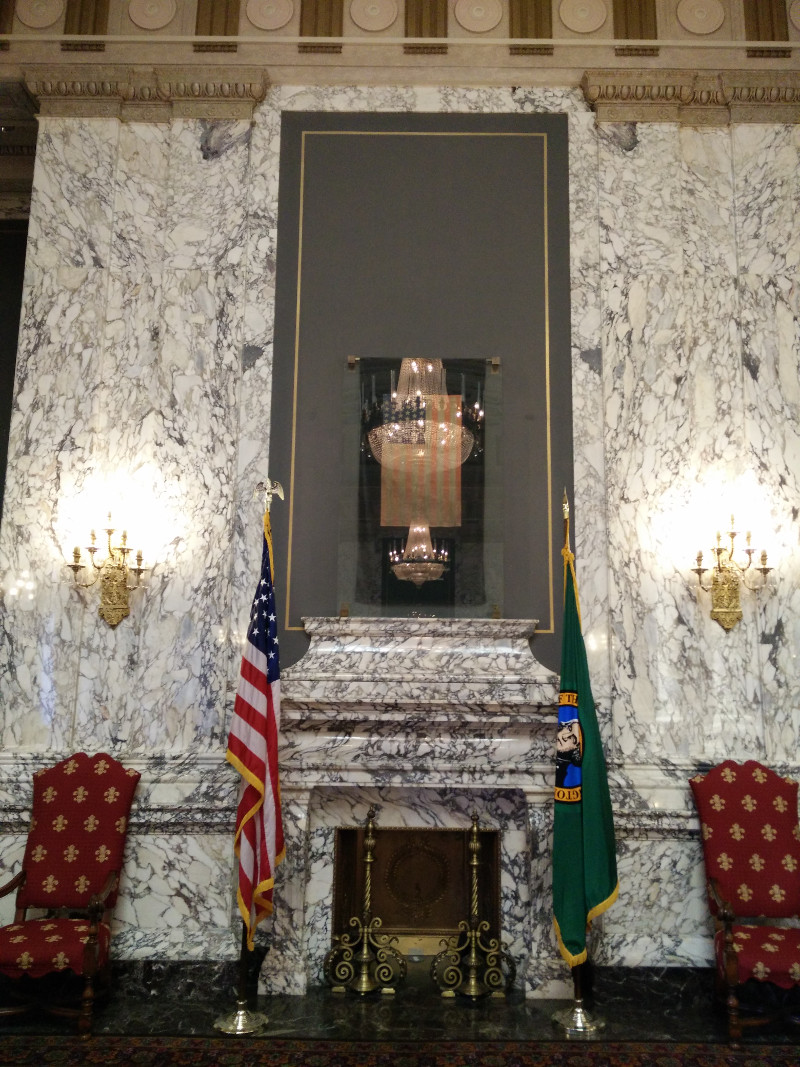 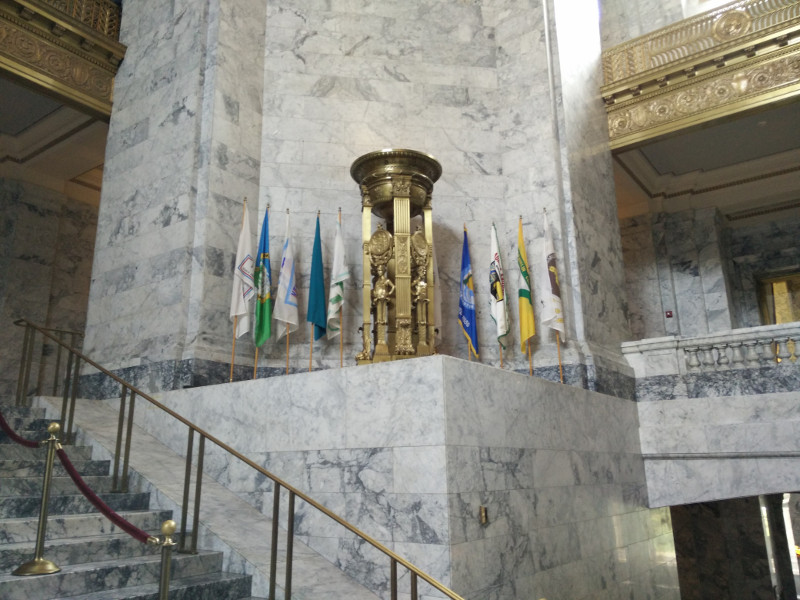 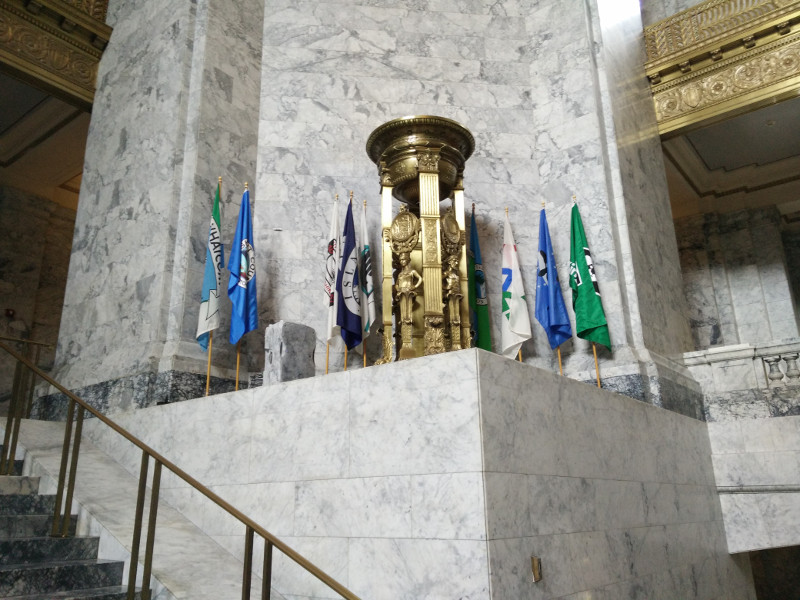 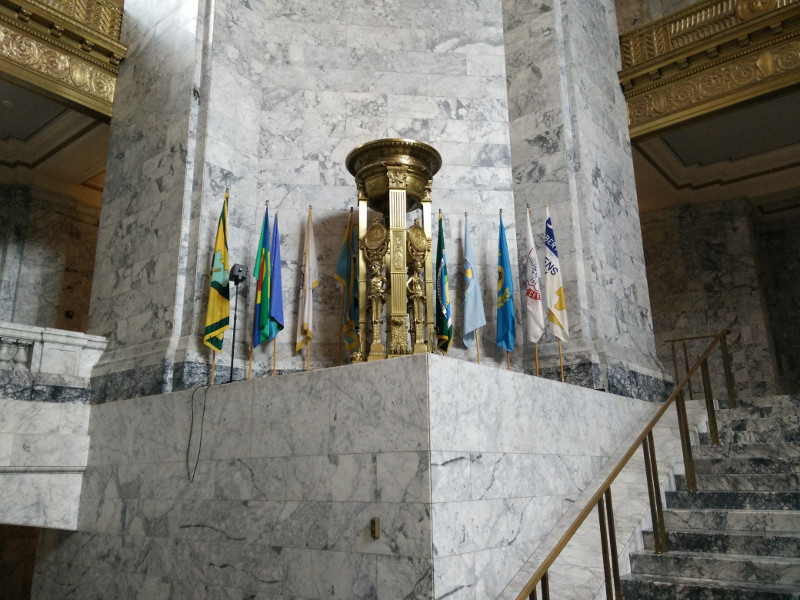 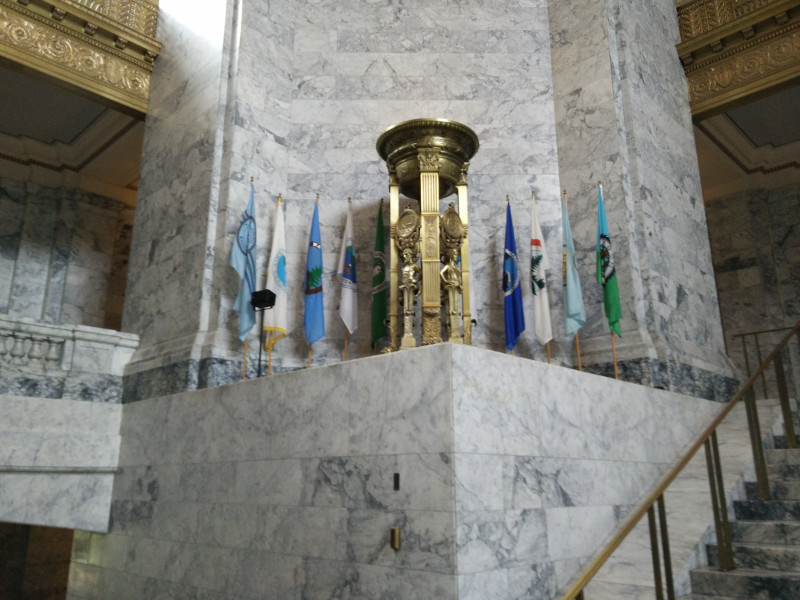 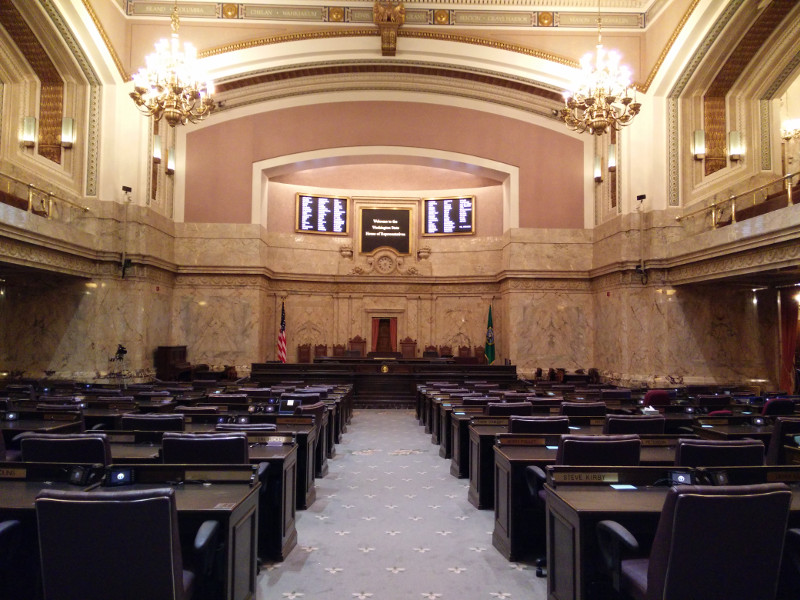 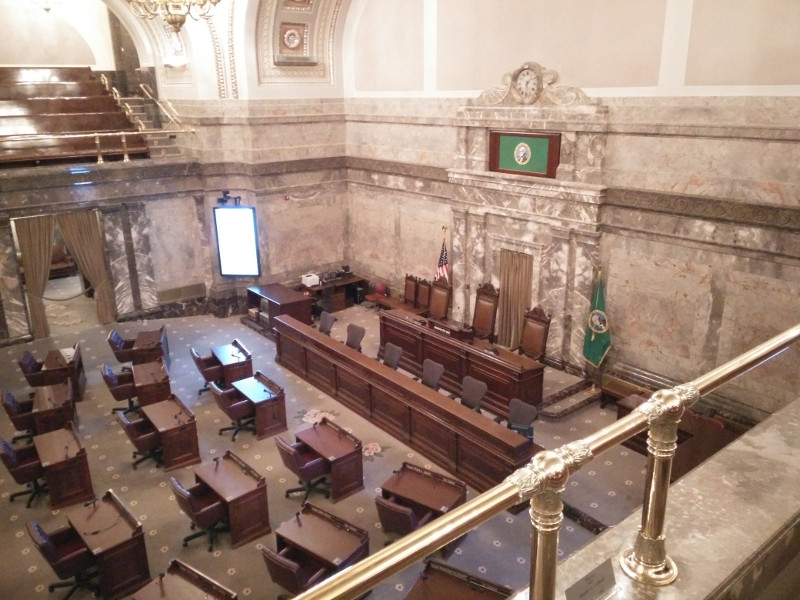 The shop also has some ... interesting items to offer: 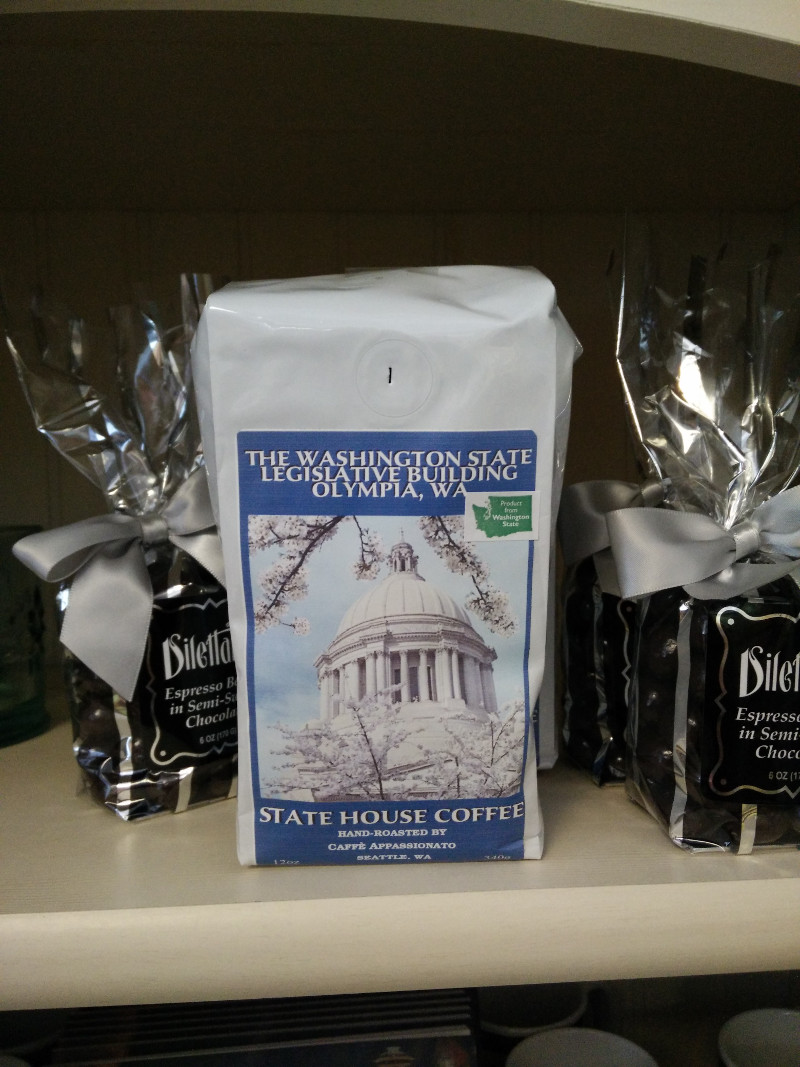 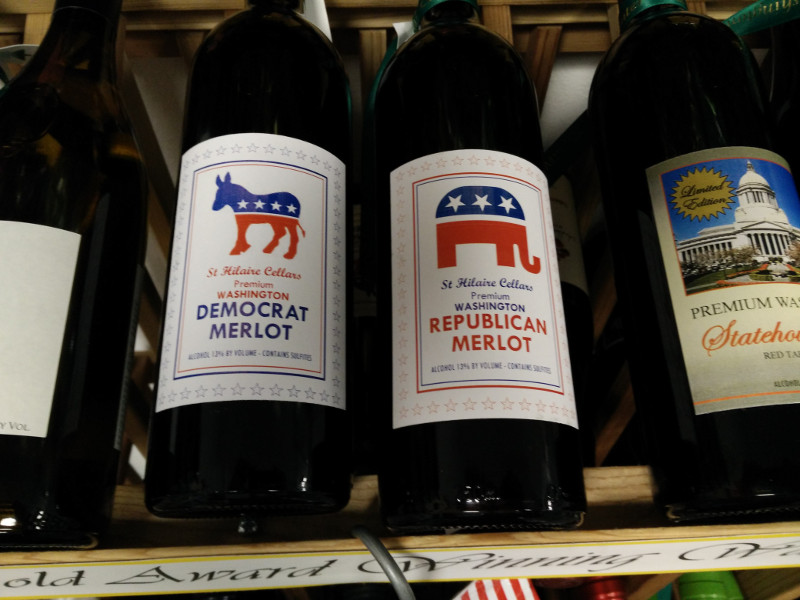 Pick your side: Democrat or Republican