Originally we had plans to go to Vancouver BC from Seattle, but we cancelled this part in the last moment. Instead we opted for a countryside tour to Bellingham, and staying an additional day in the hotel and at the pool. From Redmong we followed the WA-9 and left it near Everett, where we followed the Marine Dr along the coast. In Conway we switched over to the Fir Island Rd heading west, and from there on the Best Rd heading north. Eventually this got us on the scenic WA State Route 11, which leads directly into Bellingham.

As mentioned before, we spent a day on the pool, and on the second day we headed over to Command Prompt, in order to prepare the #PGBackPacking trip. After shopping and packing was done, we used the remaining time to visit the Whatcom Falls nearby.

The park is a nice area, with playgrounds, restrooms and parking space. A path leads down to the falls, you walk over a bridge and see the waterfall on both sides. After crossing the bridge, there is another way to the right. Walking two minutes get's you to another, smaller waterfall. Of course there is also an Earthcache - which got us to the park in the first place. 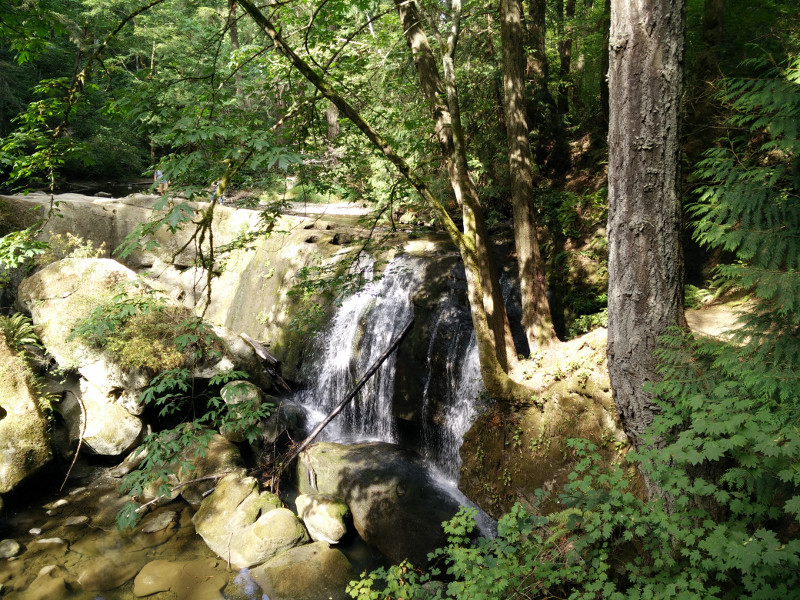 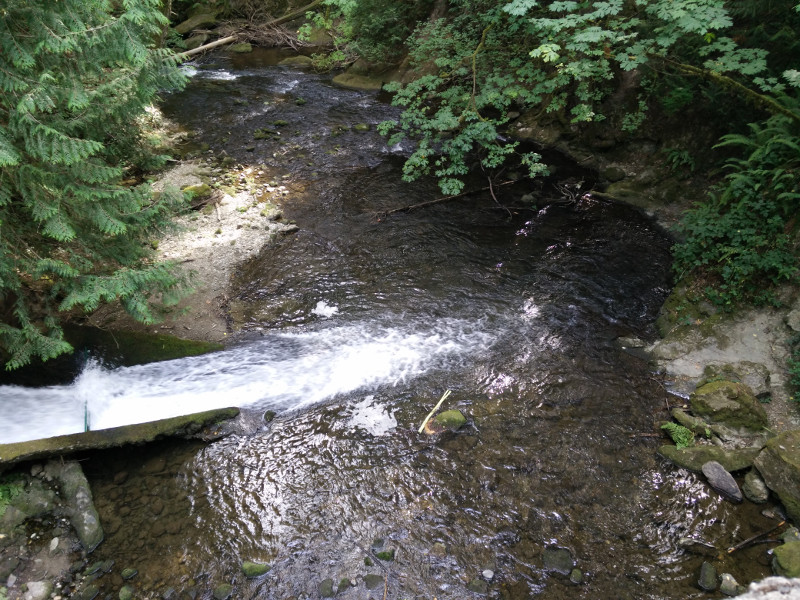 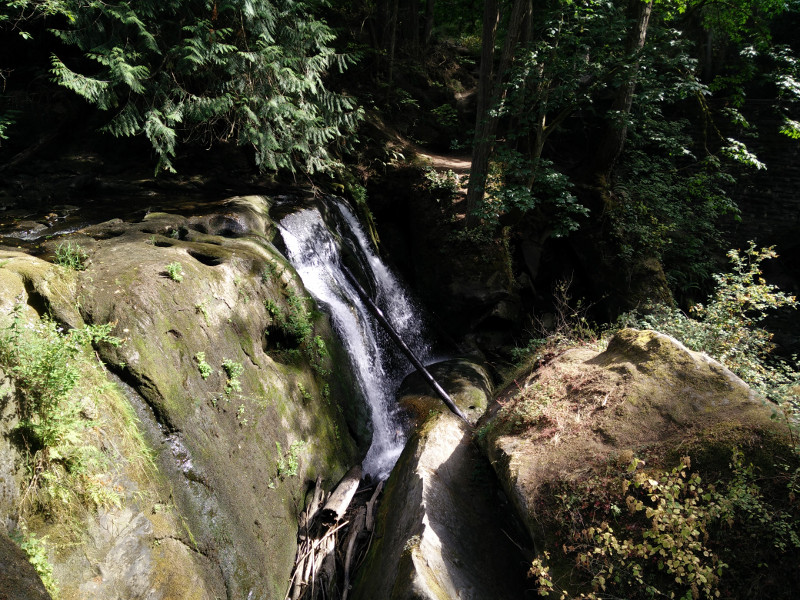 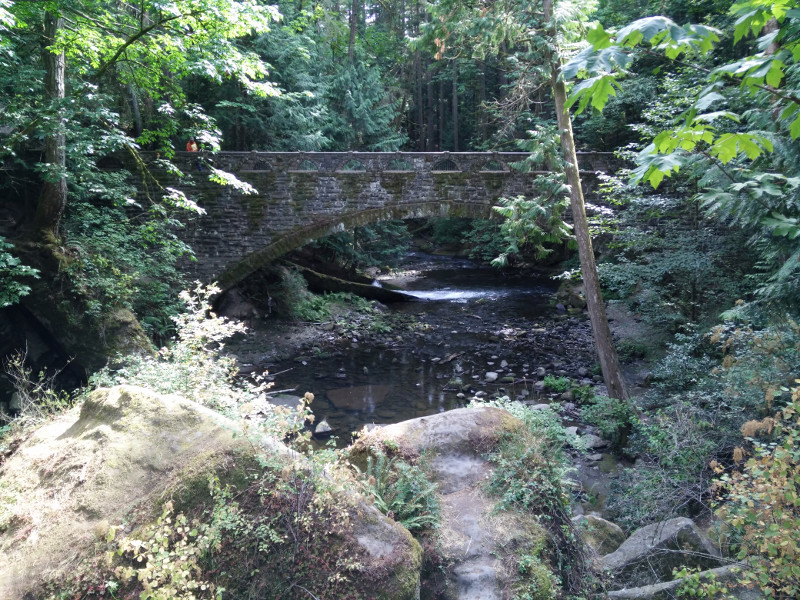 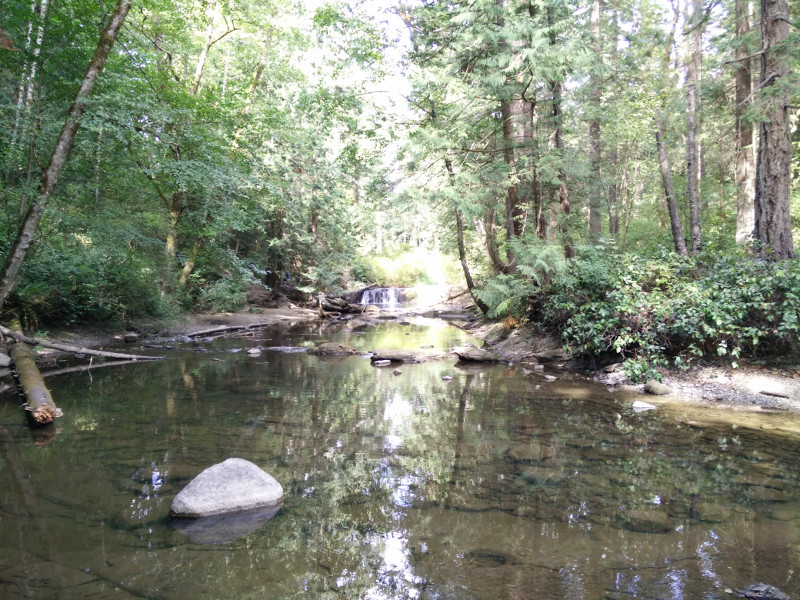 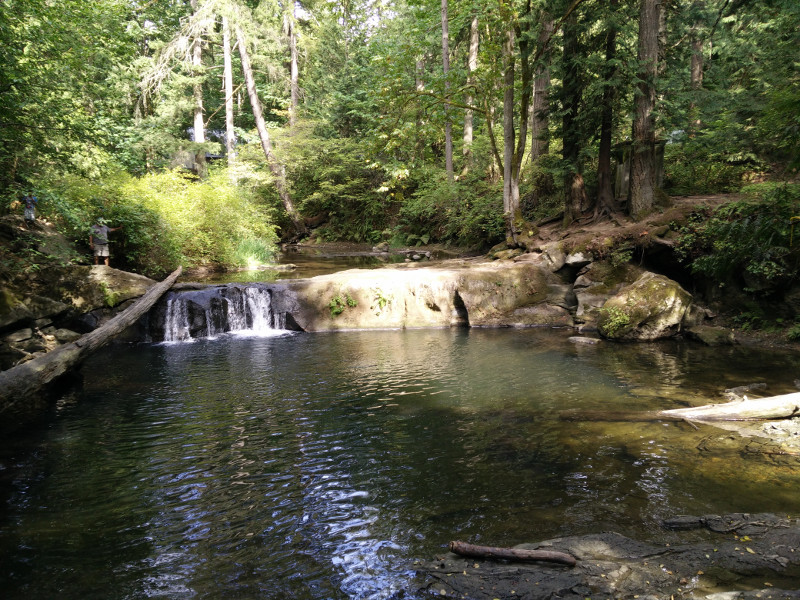