As described yesterday, we had to slightly change the #PGBackPacking plan. Originally we had planned to hike to Monte Cristo, and from there to Silver Lake. Stay at the lake over night, and do a day hike to Twin Lakes.

After breakfast in the morning, we left for Silver Lake: 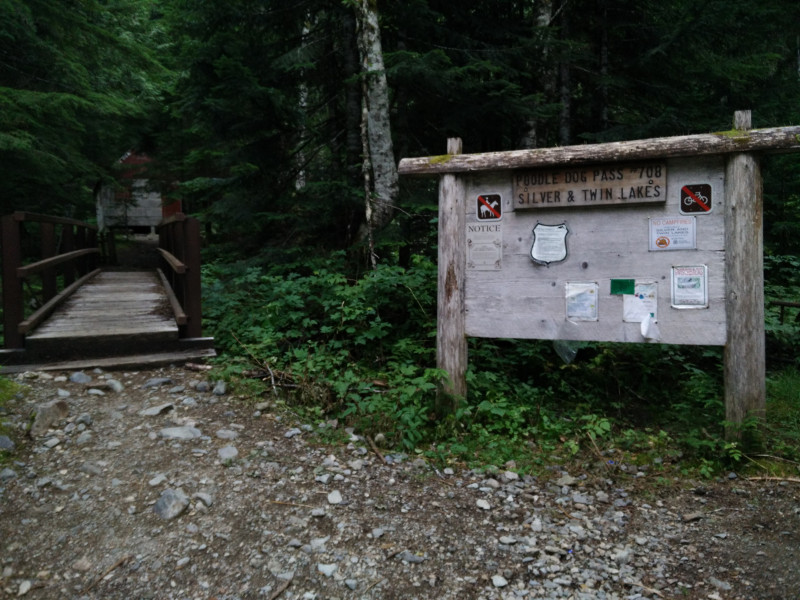 And that's where we made our mistake: we assumed that the ~4 km to Silver Lake will take us maybe another hour. Of course we forgot to check the elevation! In the end, my tracker showed that we hiked 4.3 km - in 4 hours, and around 500 meter up. Most of the time on a very narrow path, sometimes blocked by stumps, boulders or debris. But in the end the view was totally worth it! 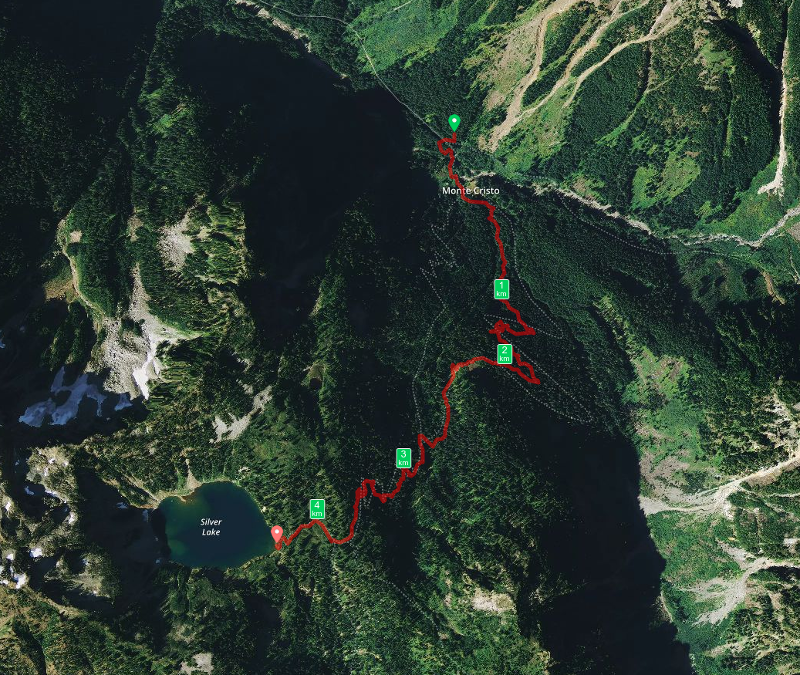 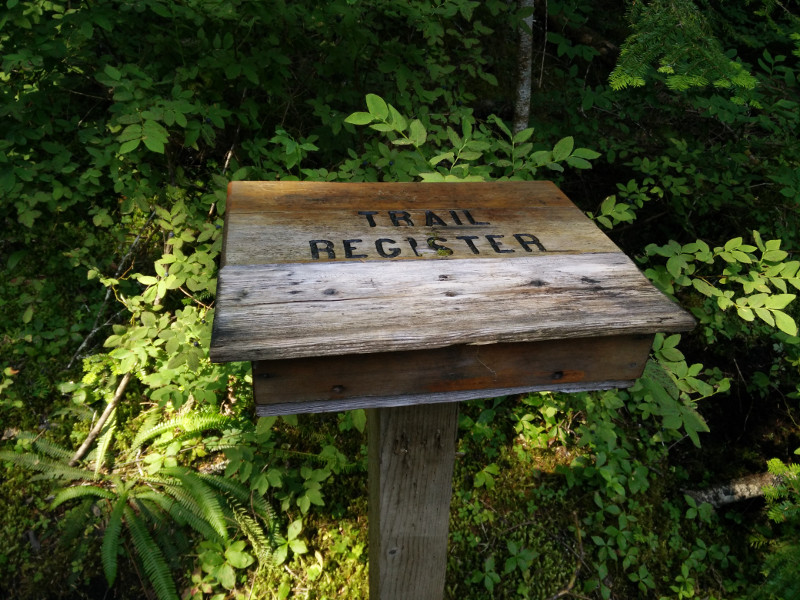 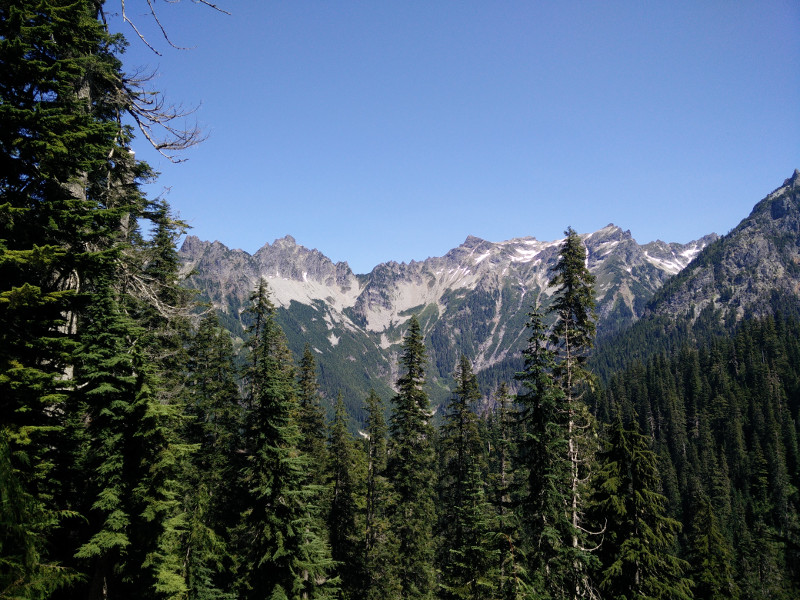 View from shortly before Silver Lake 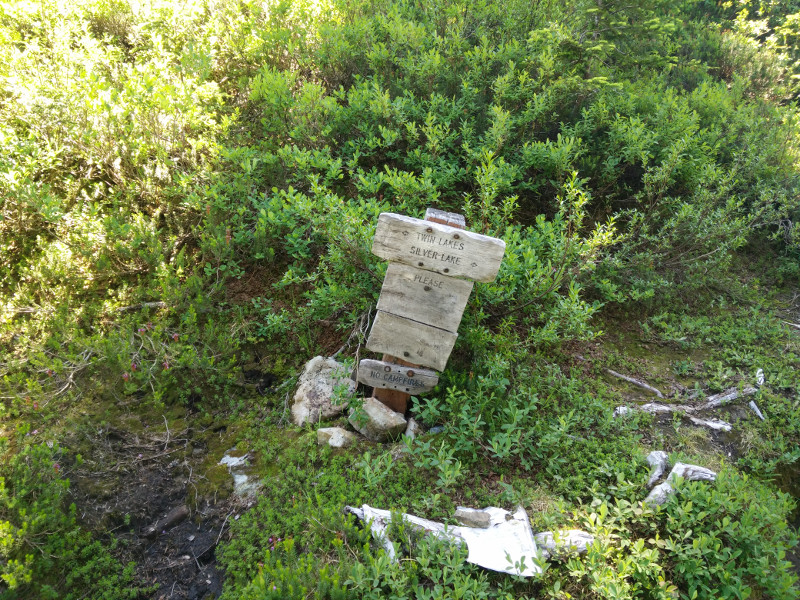 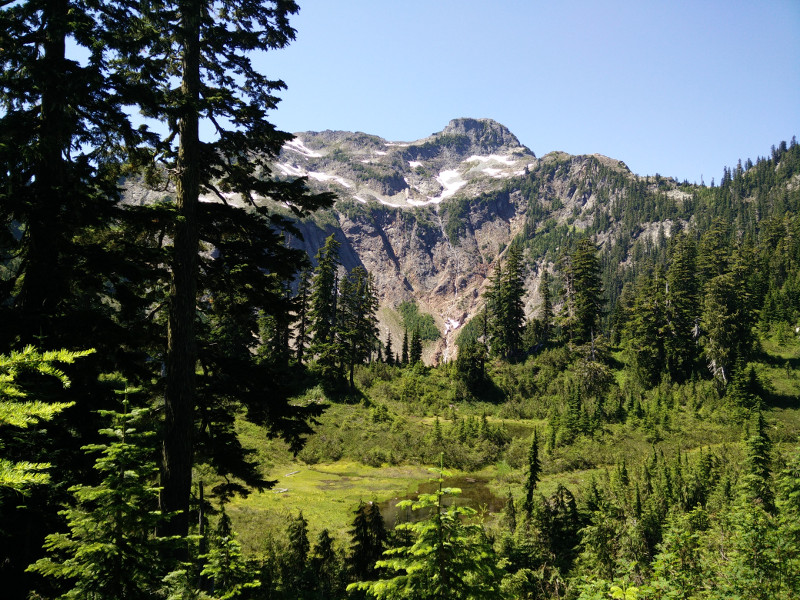 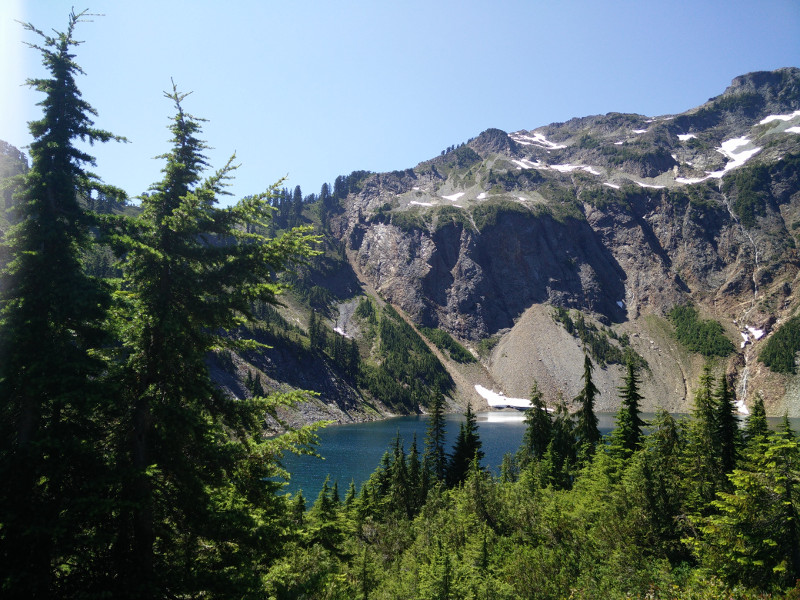 The water in Silver Lake is crystal clear, and very cold. There was still some snow where the waterfall falls into the lake. 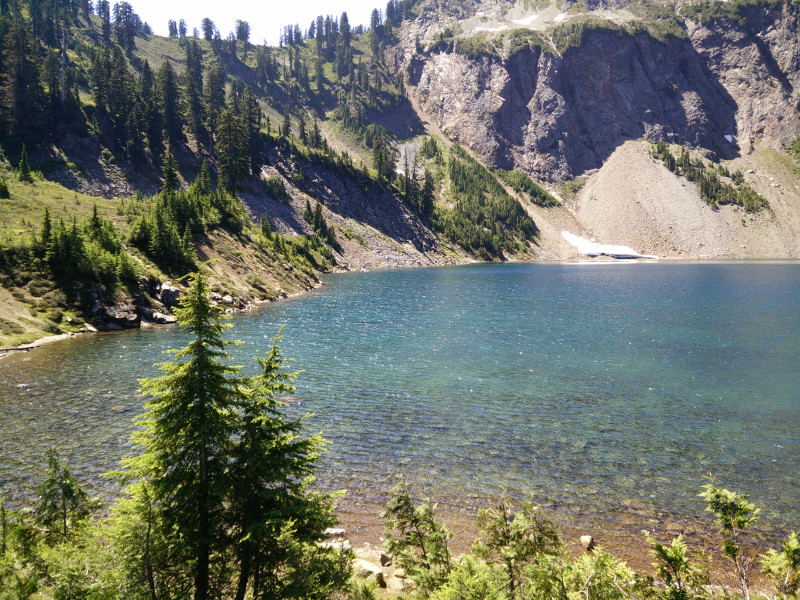 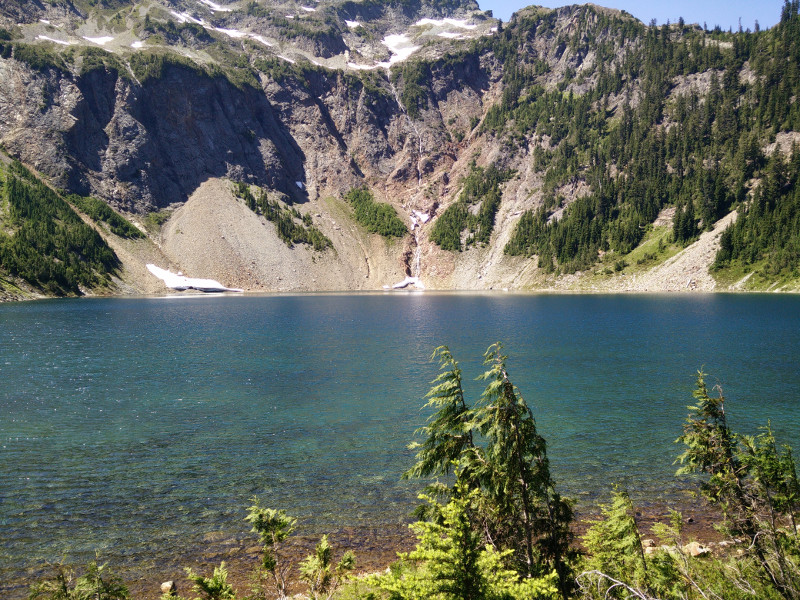 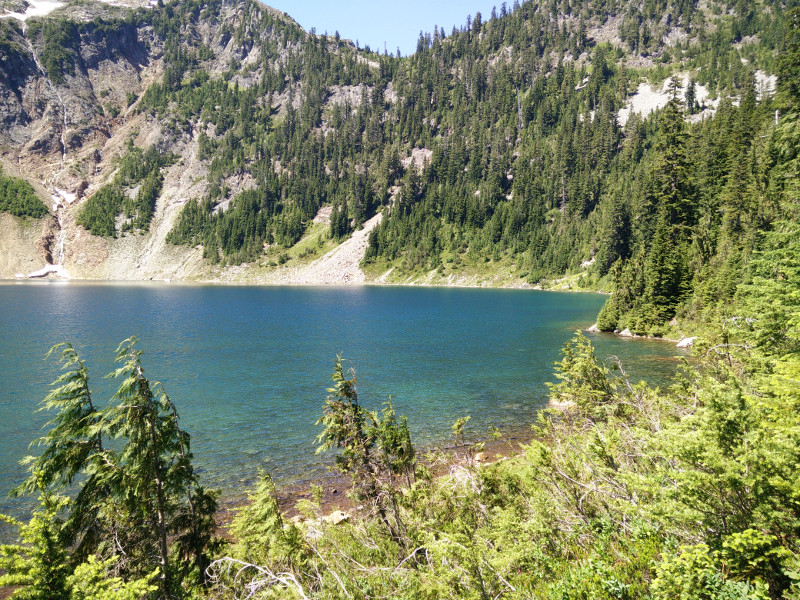 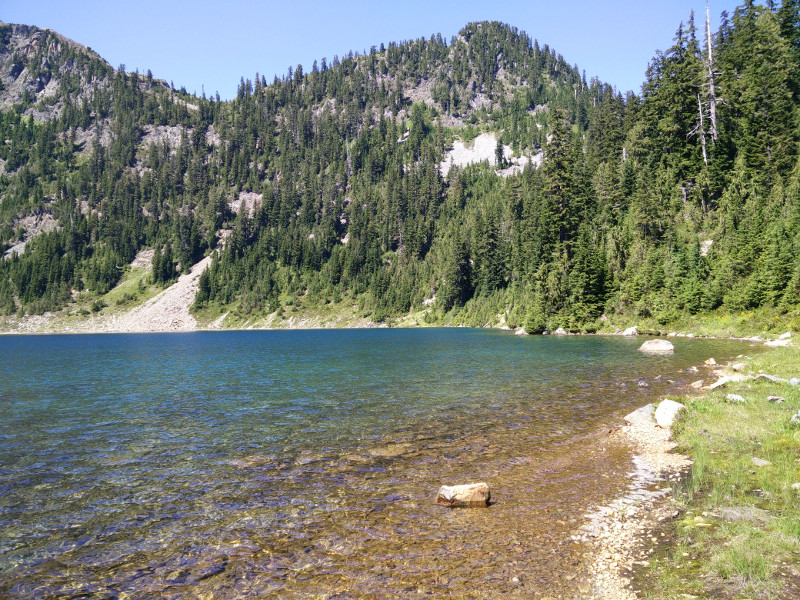 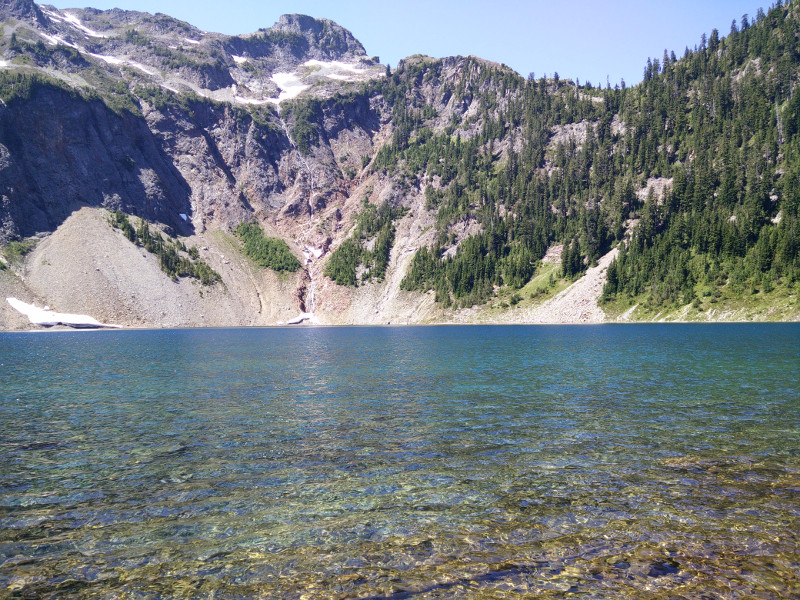 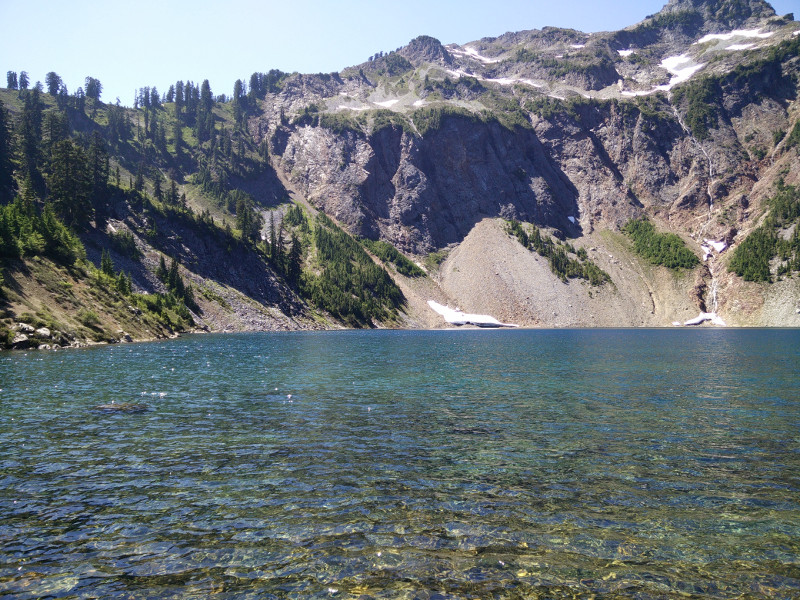 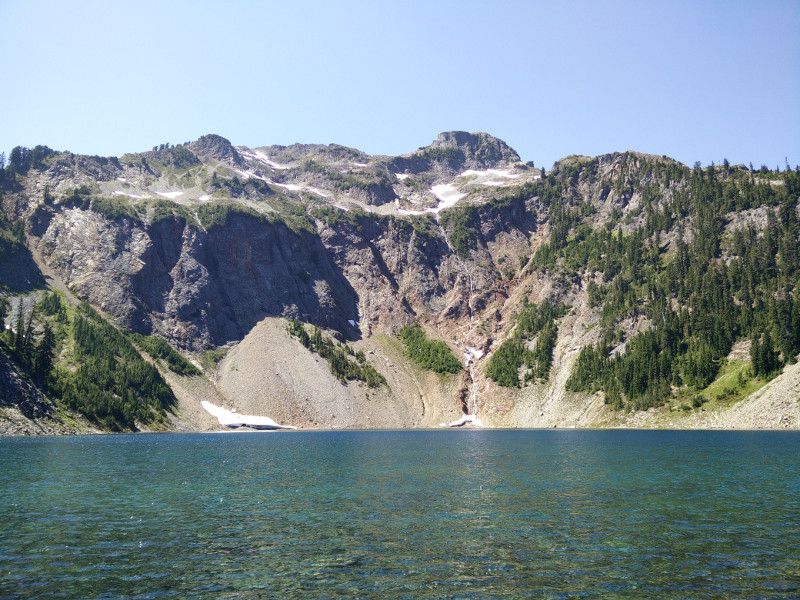 Down to Monte Cristo

Because it took us so long to get up to Silver Lake, it was not enough time to hike over to Twin Lakes as well. In exchange, we extended our stay at Silver Lake. 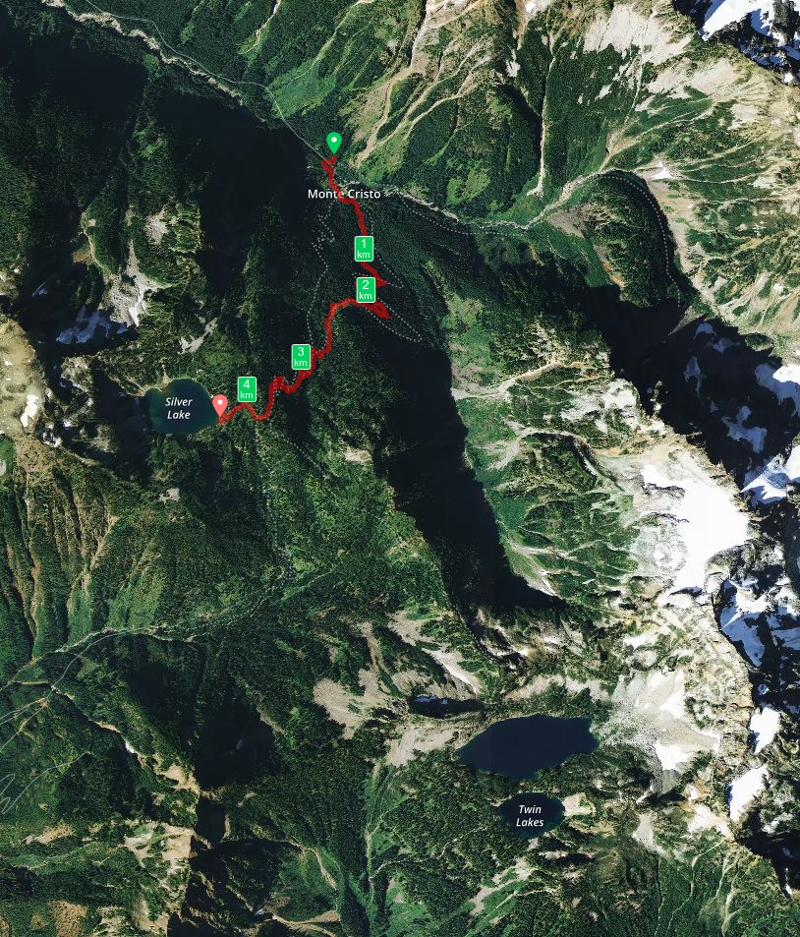 The way back down to Monte Cristo basecamp was much more easy. It only took us about two hours.

With sheer luck I found one of the Geocaches I had planned to search the next day. It was not well hidden on the path back to the town.

Back in Monte Cristo

We arrived back in town at daylight, which gave us a beautiful view on the mountains during sunset. The previous day was a bit foggy, but today we had an excellent view. 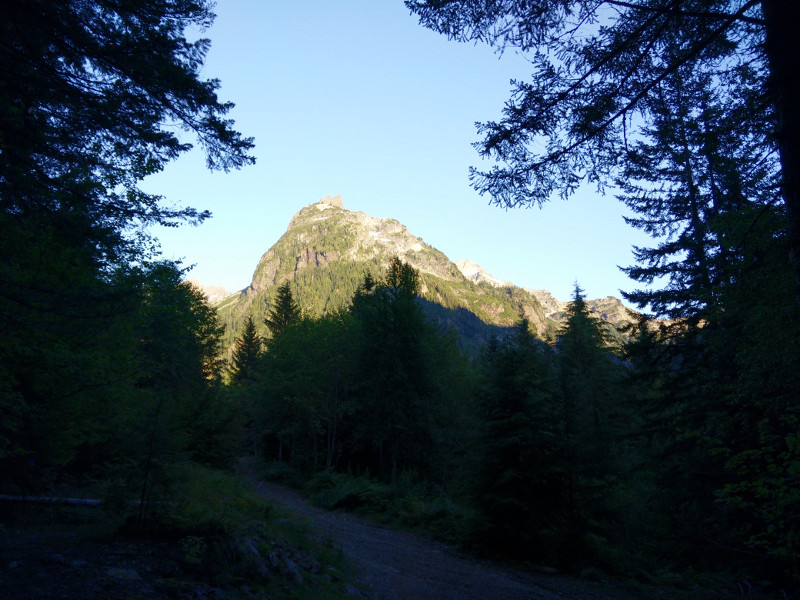 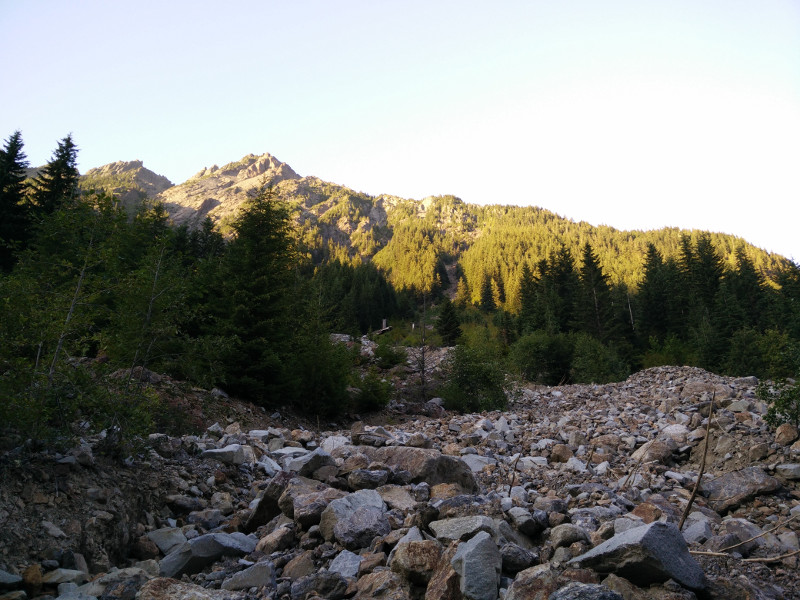 ads' corner on Wednesday, September 7. 2016: Back from Monte Cristo