During Nordic PGDay 2015, I attended Heikki's talk about "pg_rewind". Someone in the audience asked, if it's possible to roll a PostgreSQL database forward, ahead of the master. The answer was that currently it's not possible, but there is no technical reason why this should not work.

"Chemnitz Linux Days" is one of the main Open Source and Linux conferences in Germany, for the 15th consecutive year now. And personally it's one of my favourite conferences.

Based on experience from the past two years I decided not to have a booth, but nevertheless submitted two talks. One was accepted: "Replication with PostgreSQL" (slides and script here). On the laptop keyboard&mouse: Andreas Kretschmer. On the microphone: me. It was the first talk in the morning, but the room was full with visitors. We got nice feedback about the talk as well and had to continue discussions outside of the room, when the next talk started.

As said before: you need two elephants for replication. 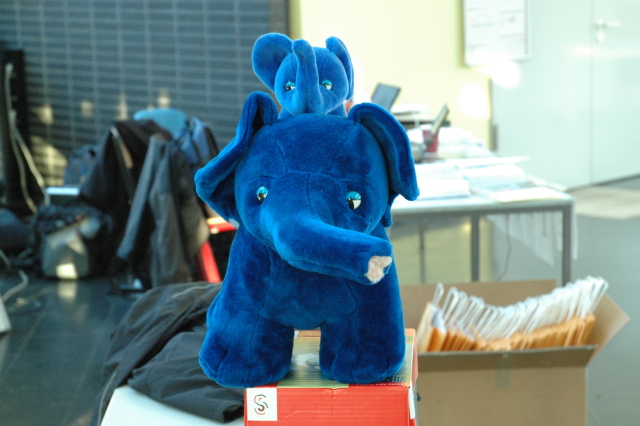 Open Source Day in Magdeburg last weekend gave me another chance to proof this statement.